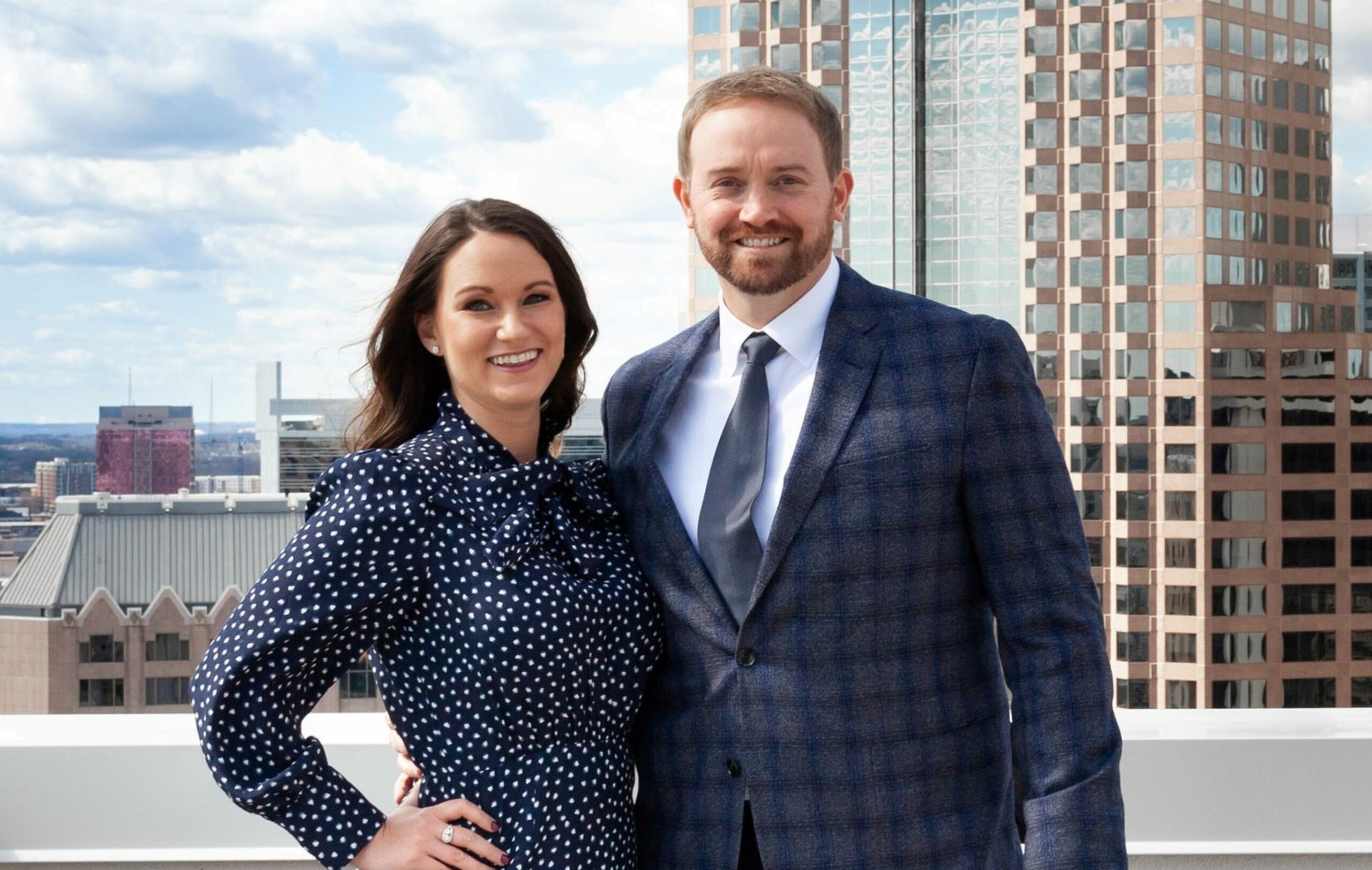 Josh & Charlene Dearing with the The Dearing Team with REMAX Executive are teaming up in this month’s issue!

Almost from the moment they said ‘I do’ to each other, Josh and Charlene Dearing started taking the real estate world by storm. They launched their business partnership with RE/MAX Executive in September of 2016, just two weeks after their wedding. Since then, they’ve won prestigious awards, sold tens of millions of dollars in real estate, and have garnered the attention of one very famous BRAVO TV star – who also happens to be a REALTOR®.

“Ryan Serhant of Million Dollar Listing is mentoring us,” Josh says. “Out of tens of thousands of agents, we are fortunate enough to be part of his mentorship program. Now Charlene and I are exclusively affiliated with his elite network of agents from all around the world who can refer listings back and forth, which means incredible reach for our clients.”

With all of this success, it’s hard to believe Josh and Charlene almost failed to connect. They are both born and raised in Charlotte, but they didn’t meet until one fateful night at the Rusty Rudder on Lake Norman. “I was instantly attracted to Charlene,” says Josh. “But she looked right through me. Then she turned me down for five months, but I wouldn’t take no for an answer. I remember telling my mother, ‘I will marry this girl’.”

At the time, Charlene was hyper-focused on her career in radiology. “I was finishing school and working at the hospital in Huntersville,” she says. “I wasn’t interested in dating anyone, but Josh was very persistent, so I gave him a chance. Now he’s my best friend.” While they were dating, Josh decided to transition from finance into real estate – and he asked Charlene to help him study for the test. “I figured I might as well take the classes and get my license, too,” says Charlene, “even though I had no intention of leaving radiology.”

Josh launched his real estate career at a boutique firm in Mooresville. Soon, he came up with his next vision. “I wanted to bring Charlene on,” he says. “She’s so smart! We are the perfect real estate agent when you combine our skill sets. Not every real estate company wants to hire a husband and wife team, but The Premier Team at RE/MAX Executive was interested in having us together. So, Charlene trusted me and jumped in.”

They’ve been unstoppable ever since. In 2017, Josh and Charlene sold $8-million, were nominated for MLS Rookie of the Year, and won RE/MAX Premier Team Rookie of the Year. They doubled their business each of the next two years, selling $32-million in 2019. They’re now Brokers/REALTORS® who are licensed in both North Carolina and South Carolina, with 90% of their business from referrals.

“We’re not just transactional,” says Josh. “We get to know our clients and take the time to understand what’s important to them. They become friends and feel like an extended family. Plus, Charlene and I are passionate about Charlotte. It’s our baby. We love this city, and we love Lake Norman. We’re constantly involved in what’s going on. We can tell people where the hot spots are, and what’s coming to the area. It’s a different level of service than from agents who weren’t raised here and don’t have our connections.”

The Dearing Team also provides different avenues of buying and selling that other agents don’t have. “Real estate is always evolving, and we stay at the forefront of what’s new,” Charlene says. “In addition to traditional buying and selling, we have buying options based on a client’s needs and lifestyle. We can tailor something to fit them specifically. Also, a good REALTOR® can sell homes fast without making people leave money on the table. We’ve linked ourselves with I-Agent and other investors to eliminate some of those factors that delay sales.”

Josh and Charlene have set hefty sales goals for themselves for 2020, and they’ve hired four new agents to their team. “All four are past clients of ours,” says Charlene. “Brad and Kelly Warren are a husband and wife team, Geoff Donaldson is a New York City native who has fallen in love with Charlotte, and we call Mark Burns ‘The Brit’ because he’s from the UK and has a great accent and charming presence. One of the most rewarding things about our business is the ability to hire and mentor new agents and watch them grow. We’re excited about their success!”

They’re also excited to meet with their own mentor in NYC later this month. “Ryan is getting the group together to discuss industry trends and where the market is heading. We’re collaborating on new marketing strategies that have never been seen before and raise the bar for industry standards across the country. Our advice is to never stop growing, adapt to industry change and just embrace it. And, as Ryan likes to say, expand always in all ways.” Clearly, this dynamic duo takes that advice to heart!