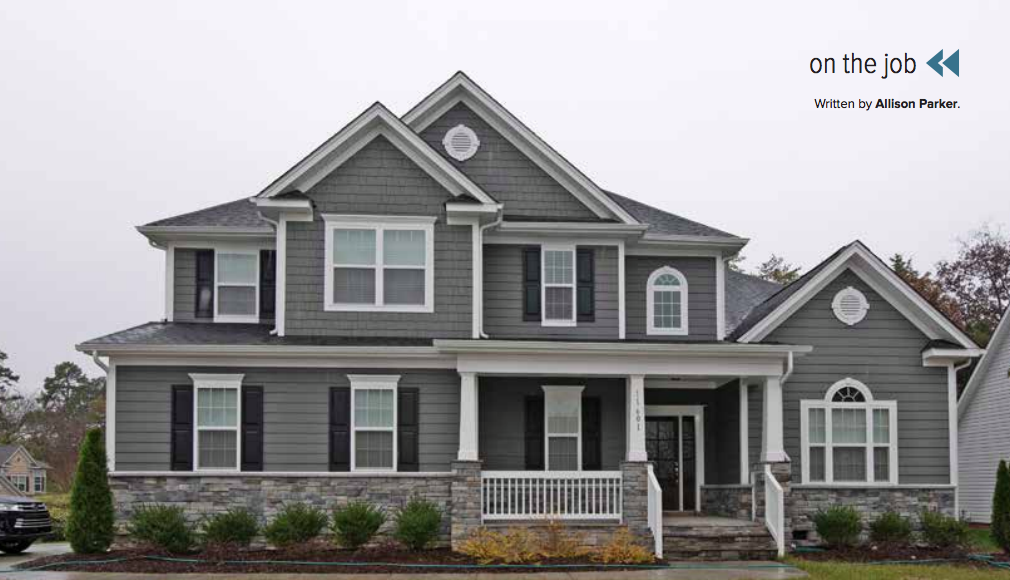 After tragedy struck, Shea Homes came to the rescue for this family and helped them build their dream home!

Fires happen. In the blink of an eye, a lifetime of treasures can be gone. Although the Kohls do not know the cause of the fire, the fire department told them it began in the garage. Luckily, though home at the start of the fire, the family was able to escape without injury. There was a moment of fear when for a few minutes, which must have seemed like an eternity, they could not find one of their daughters. Turned out she had taken the dog for a walk – what a relief to the family for all to be safe, even the dog.

Working with Shea Custom’s sales agent, Jessica Lundgren, the Kohls were able to find comfort in starting anew. Jessica has been with Shea Homes since 2015. “I love my job and it’s so rewarding helping families build their dream home!” Jessica exclaims. “The Sheas are very involved and they really care about their customers, it’s a great company to work for.” Shea Custom has a lot to offer for those looking to build on their own land: very competitive pricing, a state-of-the-art Design Studio, and flexibility to customize floorplans. “I hope that anyone who is considering a custom build, no matter what the reason, will at least give us a chance. I’m confident they will see all that we have to offer,” Jessica tells us.

Lundgren recalls the initial meeting with the Kohls, “After David found us online, he called our office. I spoke with him for a few minutes and we set up a time to meet. I told him I was so sorry for what they had been through, and that as a parent I couldn’t even imagine not being able to find your child – standing in the street watching your house burn. I remember the first time they came in; they were still in shock and emotional, it had only been a few weeks since the fire.”

Lundgren notes, “The Kohls are such a sweet family, such good people and it’s hard to fathom losing everything you own in the blink of an eye. I told them I hoped this new house could be their ‘silver lining’, an opportunity to change all the things they didn’t love about their old house,” says Jessica. The Kohls are busy people, both working full-time
and their daughters also have busy schedules. They were apprehensive about the overwhelming process a custom build can be. Jessica assured them they were in the right
place, that Shea Custom Homes streamlines the process and would be there with them every step of the way. Jessica knew the Kohls were working with a strict budget; they had a very finite amount of funds coming from the insurance company.

“We priced out the home they loved, and all their options. They were able to customize some things about the floorplan and the exterior in order to make the home all their own. They worked with our Shea Custom designer, Devon, to select all their interior upgrades in our Design Studio. At the end of the day, they were able to add most of the upgrades they had hoped to. I’ve been back to visit them in their new home, they seem very happy there, and I am just honored we were able to help,” says Jessica.

The Kohls shared their delight with their new Shea Custom Home in a video. They noted that there was not one thing that they would change in their new home. How satisfying to hear from a valued customer!