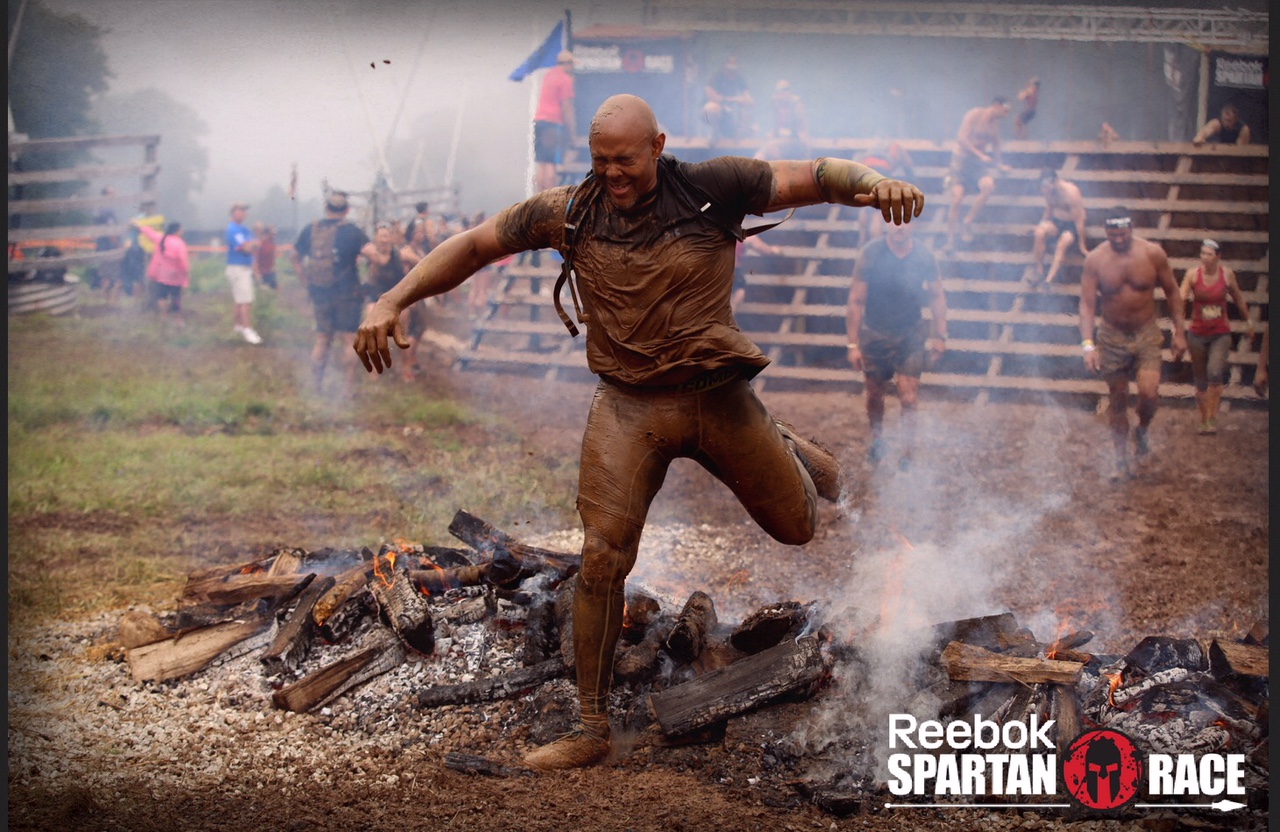 EVER BRING A MARINE TO TEARS?

Just be a kid, running around in an empty house. Particularly if that kid’s parents are holding keys they’ve just received for their first house, and they’re in tears, too. Shawn Gerald – sharp-dressed and still looking fit for duty – has a soft spot for that sort of thing

“It just fills my heart,” Shawn says. “I just want to do that all day.”

Shawn’s real estate career isn’t much older than last year’s Halloween candy. He got his license on October 24th, joined Keller Williams in December, and closed his first sale on February 6th. Shawn taps his phone and produces the most up-to-the-minute data on his sales volume: 2.8 million.

That’s rookie-of-the-year types of numbers, between Shawn and one other realtor in his office. “We’re going to have to ramp it up at the end of the year and knock him out,” Shawn says with his booming laugh. “The goal is to win it for the whole company.” And speaking of goals and milestones, here’s one Shawn recently reached: he capped. “For us, that means you have sold enough volume to reach 100% commission status and I did it in 8 months, very rare for a new real estate agent!

For this true Charlotte native – a rarity for sure – a life of service and sales seems to have led right up to this very moment.

Shawn didn’t leave Charlotte until he joined the Marines. He served in Desert Storm in Iraq before returning to Charlotte to start a career in sales. Shawn managed retail stores and owned ladies’ shoe stores before joining marketing giant Red
Ventures in 2010. “That’s where I learned the art of the sale,” he says. At Red Ventures, Shawn spent two years in phone sales, became a Performance Manager where he managed floor leads, and developed scripting for calls. He created innovative sales processes, including those to help agents overcome customer hesitations.

Shawn moved into real estate when he says he detected a sea change in his line of work toward technology and away from the human touch.

“I’ve gravitated toward new buyers,” Shawn says. “To see them make that first purchase and go through that process – money is awesome, but to see that smile on closing day, watch the kids on closing day, that’s what it’s about for me.”

To get there, Shawn, a self proclaimed high introvert, had to face his demons – particularly, his emotions. Red Ventures
colleague Ben Barker persisted in his insistence that Shawn make handling them a priority “Every year on my review, it had the same thing: Shawn is emotional,” Shawn says. Because of his emotion, his communication had sometimes gotten off-course. “The feedback forced me to work on it. Ben Barker was very instrumental in the human I became in my adult life.”

Those that Shawn has helped buy houses are grateful for that emotional aspect. Count Kevin Harrison among them. “He watched our family grow and get into a home,” Kevin says. Kevin wasn’t sure what sort of loan they’d qualify for. But he told Shawn what his family dreamed of, and the Harrisons eventually found their way to a new-build home, with Shawn’s guidance. It was their first home.

“Every day we wake up, and it’s hard to believe it’s all done,” Kevin says. “We started this with Shawn in April, and one deal fell through. He was there for us when we didn’t think we’d find something else.”

Then there’s the family that came Shawn’s way in search of a rental. Not exactly Shawn’s specialty, but the family was lovely, and a referral, so he wanted to help. It turns out this family qualified for home ownership after all. “There is no better feeling,” Shawn said. “I can’t really bottle that up and tell you what that feels like. It’s just amazing.”

There is the opposite end of the spectrum, when, no matter what Shawn does, there isn’t that clear path to home ownership. Those things keep him up at night, give him knots in his shoulders. “To me, that’s the biggest challenge, having to disappoint people when they come to me with a hope that they’ll be able to buy a home,” he says.

Shawn is still a pad-and-pen kind of guy, capturing ideas that come to him throughout the day the old-school way. He shared one with me for this interview, though it’s too revolutionary to spill here. (You’ll see it soon, we’re sure.)

Selwyn Davis isn’t surprised at innovations that come from Shawn’s imagination. Selwyn worked with Shawn at Red Ventures and appreciated his accountability. “He’s someone I call a brother,” Selwyn says. “I’ve learned so much from him. One word to describe Shawn: Driven. He’s tried many things and has always been persistent. He pushes himself and those around him to grow and become better.”

Shawn says he has listened to the audio version of Napoleon Hill’s Think and Grow Rich countless times. “That’s a book that has set me on a path in my life,” he says. “It helped me to plan out my real estate career and trajectory.”

Restless nights Shawn spent when he first took the plunge into real estate seem like a distant memory now, just months
into his new career. “Had somebody told me a year ago I’d be able to pay my daughter’s tuition without her having to take out student loans, I would have never believed that,” he says.

His daughter Giana is set to start her freshman year at the University of Albany, studying biology with an eye on pre-med. He has a 10-year-old daughter, too – London, who has more Instagram followers than does her dad. London makes skirts for babydolls as a business. She inspired Shawn to change his Sunday morning routine: They take food and toiletries to the homeless Uptown each week.

Shawn’s closing a deal with his daughter every week. It’s also how he measures success in real estate – getting his clients to the closing table. “There are challenging things that can happen in between,” Shawn says. “To be able to stand there at the end, that’s success to me. And to be able to tell them, ‘Thank you for choosing me.’”

Shawn pushes himself out of his comfort zone. “I challenge myself every day to meet ten people,” he says. “And then I go do it because it helps me build confidence.” He makes a point never to let anyone walk past him without giving them his business card. “People can’t call on you if they don’t know you sell real estate.”

Especially your neighbors – when one morning you see a for sale sign pop up in their yard. “I took a picture of it to remind me to do more,” Shawn says. “My neighbor across the street, I never told I was in real estate. I look at that sign every day. There are three homes in my neighborhood – on my street – for sale. None of those folks knew I sold real estate.”

Shawn’s focus remains on improving as a realtor through living better: communicating more often, listening to clients, following his heart to help, and trusting his instincts for guidance.

“I’m living my best life,” Shawn says. “Hopefully, I’ll have a million people come to my funeral and say, ‘That guy was awesome. He was an awesome human, is what he was.’”