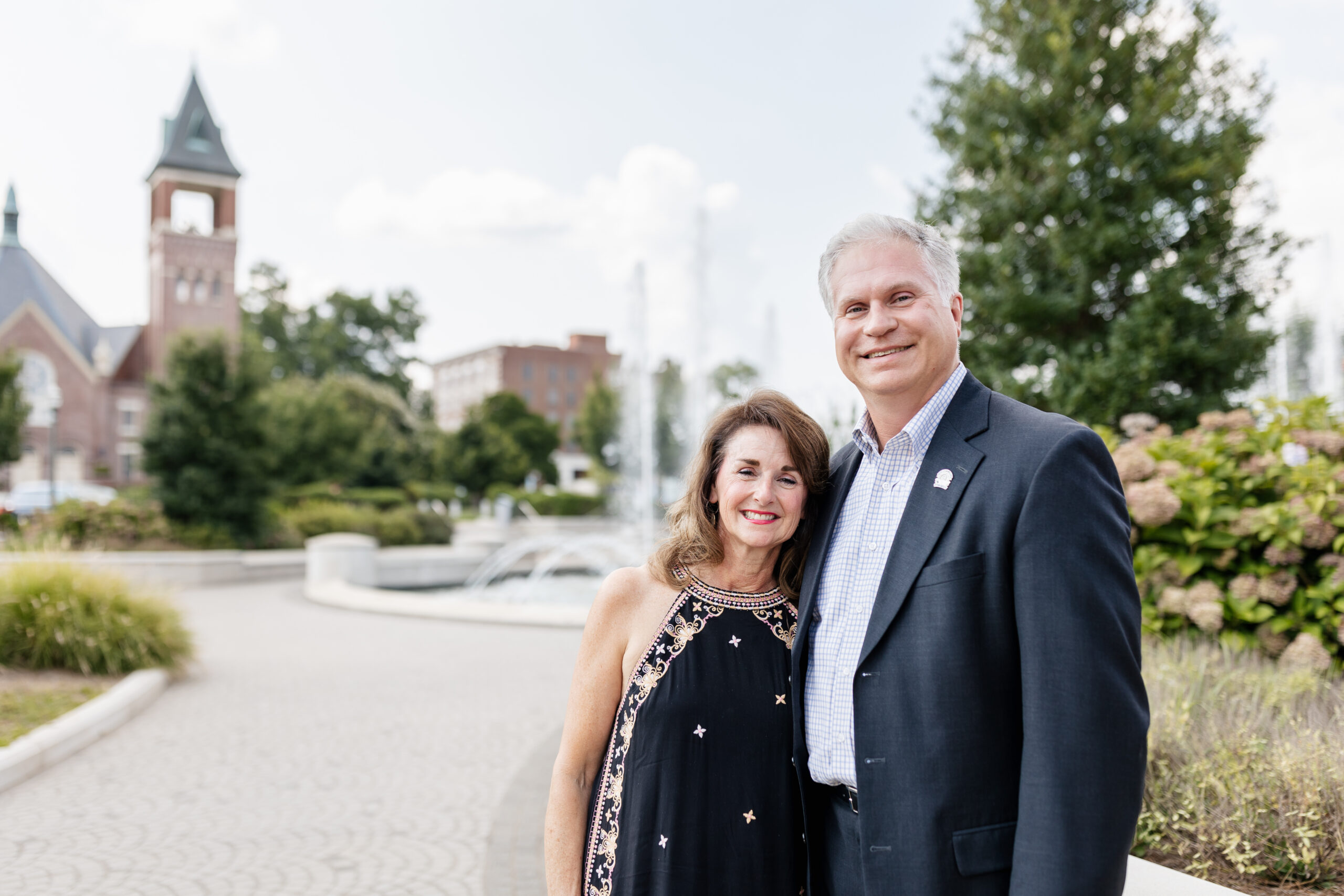 The next best thing to being “in the room where it happens” is having a friend there fighting for you. For the last 25 years, lawyer and Rinehart Realty owner Jay Rinehart has been an active leader in the South Carolina REALTORS® (SCR) and the National Association of REALTORS® (NAR). He loves advocating for the industry and protecting the public’s rights in real estate.

“What’s good for the community is good for REALTORS®, and we must get involved,” Jay says. “Being able to talk about real estate effectively, whether it’s in your local coffee shop or Washington, D.C., impacts how we can change laws and lobby together for the benefit of the community. SCR and the NAR work with Republicans and Democrats, encouraging both parties to fix, find, or write bills that positively impact everyone.”

As a second-generation REALTOR®, Jay got his start in the industry when he was just six years old after his parents launched Rinehart Realty in 1976. He recalls helping with everything from painting signs to plunging toilets as he grew up. Three weeks after his 18th birthday, he obtained his real estate license. During his summers at the University of South Carolina, Jay would drive home to Rock Hill immediately after his last exam to start his summer job at Rinehart Realty. Typically, he’d sell four or five houses before returning to campus in the fall.

“I learned how to ramp up my business very fast because I had to do it every summer,” Jay laughs. “I’d park my car at the entrance of a neighborhood and start knocking on doors, introducing myself and asking if the homeowner knew anyone looking to sell. Real estate is always hyper-local. You need to know your inventory, but you should take the time to get to know people, too. I talk to everybody, and I love it when people say things like, ‘I hear houses are flying off the shelves.’ Statements like that open the door to ask questions, educate others, and find new business.”

The driving force behind Jay’s illustrious career is his desire to make the world a better place. After graduating from USC, where he met Dee Dee, his wife of almost 30 years, Jay finished an Executive MBA at Winthrop University in 12 months while also selling real estate. Three days later, he went to law school. After passing the bar, Jay went to New York University School of Law to earn a Master’s in Tax Law. In 1997, he opened his law firm in Rock Hill, growing it to nine attorneys, 28 staff, and three offices while also being the Vice President and General Counsel for Rinehart Realty.

“I love all aspects of real estate, from development to working with elected officials and staff to figure out what’s best for the community,” Jay says. “It’s important to stick your toes outside of what you’re doing and try other things without being afraid to fail. When I see an opportunity, I like to take it apart, figure out how to pursue it, consider what resources I’ll need, set a timeline for success, and go for it. If it doesn’t work out, I’ll shut it down and move on. I recently had an agent tell me about a difficult client who berated her so badly it made her cry. My advice? Fire the client! Human beings shouldn’t have to put up with that, and real estate isn’t all about the money.”

In fact, Jay took a significant pay cut 16 years ago when he bought Rinehart Realty from his parents and started back in real estate full-time. “I see law as a backstage pass to life, but I wanted to work in positive, win-win situations,” he explains. “And that’s real estate! I come into work every day with a smile, looking for the win-win.”

While still practicing law for a limited clientele, Jay grew Rinehart Realty from 14 to 90 brokers and more than doubled the number of rental properties under its management. Today, all three of Rinehart Realty’s offices have highly ethical teams of real estate professionals who provide a superior service experience.

“It starts early,” Jay says. “Before we look at the first house, we spend time talking with clients and explaining what we do so they feel comfortable. And we don’t calculate commission before closing because it shouldn’t matter. The biggest misconception about real estate is that it’s easy. It isn’t. It’s challenging, real work, but the look on a person’s face when they find the right house makes it all worth it!”

Jay also enjoys guiding the industry and giving back. He’s been the Chair of three of the top leadership committees in the NAR, including Finance, Legal Action, and Taxation. He was also the Region Vice President for NAR in 2020. Outside of the industry, he spent five years on the Board of the Baptist Foundation of South Carolina, two of those years as Chair.

When Jay isn’t running a real estate company, practicing law, or volunteering, he loves spending time with his family. After being told they couldn’t have children, he and Dee Dee went on to have four in 33 months! Madison is now a rising third-year law student and her twin sister, Ashely, is the third generation to work at Rinehart Realty. John David is a second-year graduate student. Courtney, their youngest, is a rising senior at the University of South Carolina. Jay and Dee Dee have one granddaughter, who is the apple of their eye.

“Success is a mix of things,” Jay smiles. “It’s being a truly good person while having a passion for something that adds to your community. I’ve always wanted to make a difference, and I enjoy helping others get involved. NAR has 1.5 million members, 27,000 in South Carolina alone, and we have to encourage new leaders. Regardless of where you work, raise your hand, and let’s get started!”