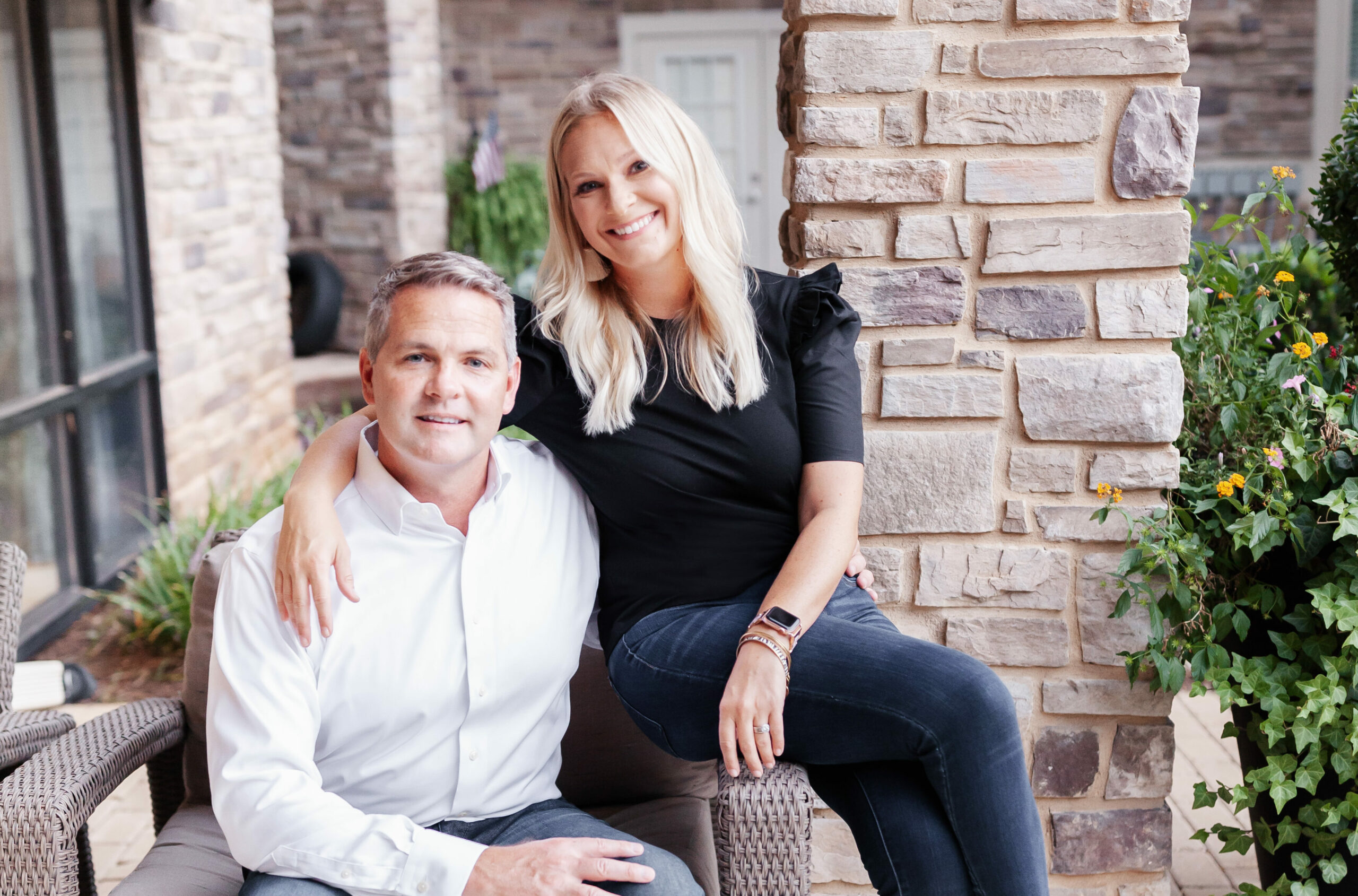 Scott & Ashley Sofsian Are A Match Made in Real Estate Heaven!

School’s out for Scott and Ashley Sofsian—permanently! These former middle school principals left the halls of education behind them to become two of the fastest rising real estate agents in the Charlotte market. In 2019, Scott and Ashley had $14 million in transactions and enjoyed a 95% referral base. This year, they’ve formed a team, hired two new agents, and plan to hit their sales goal of $20 million by the end of 2020.

“We run our business on the principles of doing right by people and building relationships,” Ashley says. “We’re big believers in the ‘you reap what you sow’ concept. When you do well by people, it comes back to you one way or another, even if it isn’t immediate. Buying or selling a home is a really big deal in someone’s life, and it’s a great feeling when you know you’ve helped them. We want all of our clients to feel cared for and walk away happy.”

Both Scott and Ashley have dedicated their lives to helping others. Ashley was a math teacher for five years before getting her master’s degree in Education Administration and becoming a Charlotte middle school principal. Scott was a principal in Arizona before moving here in 2008 to become a principal at the same school as Ashley, where the two met.

“I’m the type of guy who can never sit still,” Scott says. “While in Phoenix, I used to sell real estate on the weekends and during breaks to augment my income. I also did a little investing for myself and increasingly gravitated toward real estate’s excitement and potential.”

In 2013, Scott decided to follow his dream of being a full-time REALTOR® and owning his own business. He didn’t renew his school contract, instead choosing to work as a single-agent with Mike Kasey at Berkshire Hathaway Homeservices Carolinas Realty (BHHS). “My part-time experience helped me accelerate quickly,” Scott says. “I also took classes, went to showings, and shadowed top agents who were generous with their time.”

While building a new business, Scott cemented his relationship with Ashley. In 2015, they got married and became one big, beautiful, blended family. “We’re a whole bunch of crazy,” laughs Ashley. “We have four kids between 8 and 15, Claire, Carson, Abby, and Stella. We like to explore new places and travel together. We are creating our own story.”

As a plot twist, Ashley decided to become a REALTOR® with Scott! “I wanted more flexibility and time with the kids,” she says. “And, while I loved being a middle school principal, I was becoming frustrated. No matter how good I was, I would always be viewed
and compensated the same as every -one else. Meanwhile, Scott’s business was doing really well, and he needed help. I was nervous about leaving my job, but we figured it would only take two transactions a quarter to replace my income. That’s when I decided it
was time to try it.”

In 2017, Ashley went through Ninja Installation, the training system that she and Scott use. It teaches people to sell on a relationship-based mindset and provides a structure for daily accountability. That summer, Ashley obtained her license and stepped out of her principal’s office for the last time. Today, she and Scott average 30 transactions a year at an average price-point of $400,000.

“I had a learning curve,” she says. “Being an agent is just as taxing as being a principal. The difference is, there is no limit to your potential for growth if you’re willing to do the work. Scott and I appreciate what real estate has opened up for us, and we never take it for granted.”

They also appreciate one another’s strengths. “Ashley is an excellent administrator, and everyone loves her,” Scott smiles. “She makes friends easily and has a lot of connections since she’s lived in Charlotte almost her whole life. Ashley knows the best restaurants, doctors, daycares, schools, and everything else in the area, and she’s happy to share her resources. Our relocating clients especially appreciate this level of concierge service.”

Scott’s more analytical. “He’s very data-driven and loves to dig into the numbers,” Ashley says. “He’s an expert on the market and an incredible negotiator. Our personality traits complement each other, and our clients get the best of both worlds because we are always working together. We try to do the right thing by people in every transaction and make it a great experience. Then we check up on them afterward and stay in touch.”

While grateful for the experience of leading a school with 100 staff and 1,200 students, Scott and Ashley are happy to send their kids off to school without them these days. After all, they’ve got a successful business to run!