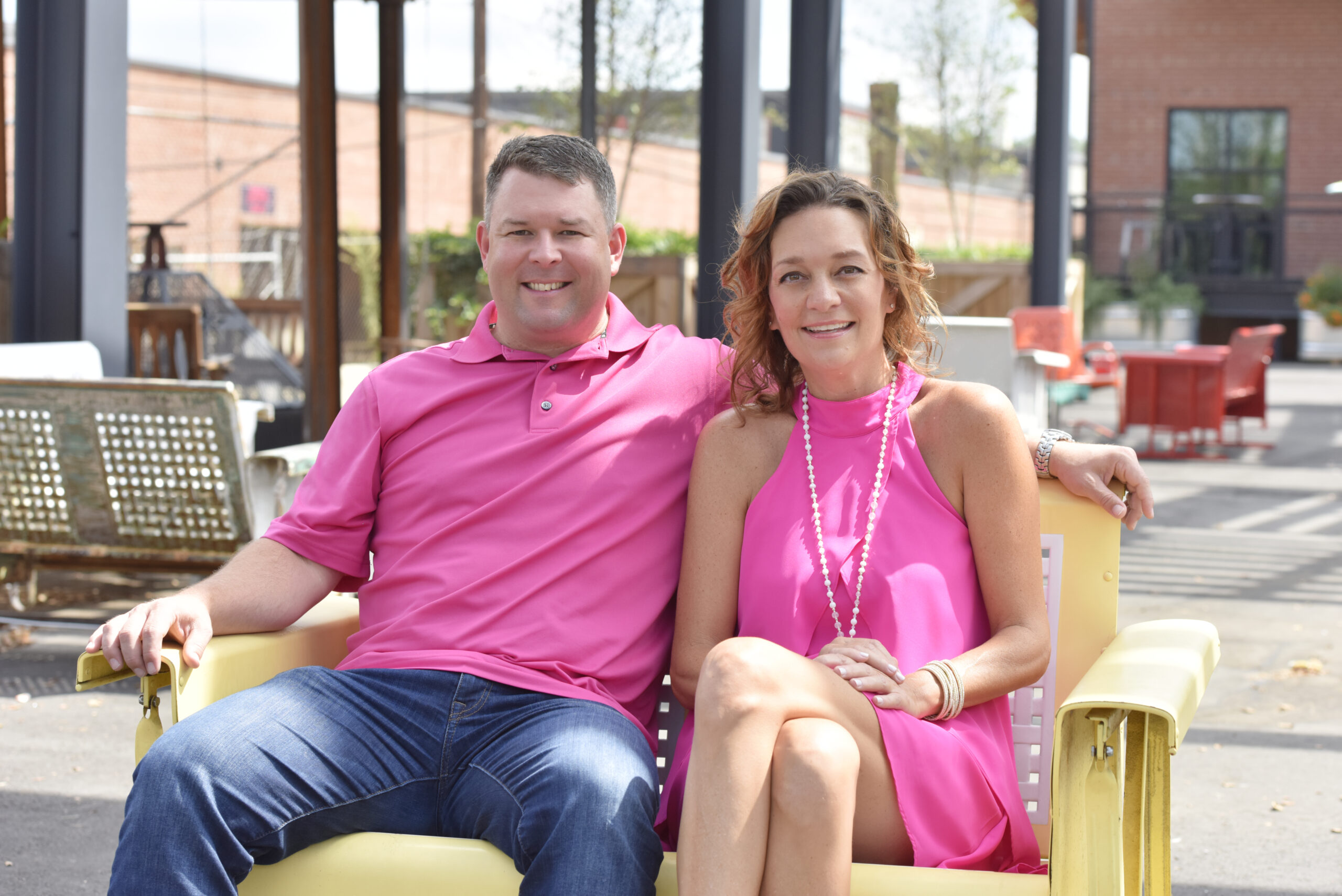 Coldwell Banker – Best in the Carolinas teammates Sam Grogan and Wendy Dickinson met more than 15 years ago after Wendy pulled an information sheet from one of Sam’s listed properties.

“I was outside playing basketball when she drove up in her car and took a flier out of the information box next door,” explains Sam. “I introduced myself to her as the listing agent, and she explained that she had just gotten her real estate license. I suggested top producer she talk to my broker-in-charge with Coldwell Banker. I didn’t realize it at the time, but I had just spoken to my future business partner.”

As luck would have it, Wendy heeded Sam’s advice that day and joined the Coldwell Banker family. At the time, Sam was engrossed in a number of leads being generated through a partnership he had fostered with LendingTree and needed help sifting through all of them. “Thankfully a mutual friend in the industry pointed Wendy in my direction,” explains Sam. “We reconnected and I guess you can say the rest is history.”

Adds Wendy, “It was obvious from the beginning that our partnership was going to work. We think similarly and our personalities clicked right away. We felt like it was a winning combination.”

And that’s exactly what the duo and their small team have been doing since day one: winning. Sam and Wendy are the number one Coldwell Banker team in North and South Carolina – a title they have held for several years.

“Our team is a work family – we are friends both in and out of the office,” says Sam. “For Wendy and me, it’s never been about growing a mega team. It’s about surrounding ourselves with people we like and trust.”

This mantra has served Sam and Wendy well. For years the duo’s core team included fellow Brokers Joe Stanfield and Gloria Hicks Walsh. It wasn’t until this past year that they decided to expand. They added Executive Sales Coordinator Vicki Mangano earlier this year, as well as two new agents, Kristen Foxx, and Jill Deese Conner – a decision that has allowed them to do what they enjoy most: serve as mentors and coach other agents on how to properly conduct business.

“If there’s one thing we stress to up-and-comers, it’s to play nicely in the sandbox,” jokes Wendy. “We value the relationships we have with other agents in the industry and never want our names to be synonymous with a negative experience. We take pride in our work and conduct ourselves like professionals at all times.”

Relationship-building is what has helped propel Sam and Wendy to the top of their field and create such a strong brand under the Coldwell Banker umbrella. As a result, the majority of the duo’s business leads are generated by referrals from past clients and friends, and they are routinely recruited by other agencies. Yet, they both insist their home is with Coldwell Banker.

“We had a management facelift a couple of years ago, and our brand has never been better,” explains Sam. “Our Vice President Pauline Bennett is everything we’ve always wanted in a leader, and our Broker Lance Branham has helped raise awareness of Coldwell Banker within the real estate community. Since they’ve come on board, our business has reached a new trajectory, and we couldn’t be happier.”

Taking their business to another level is not only important to Sam and Wendy, but also to Coldwell Banker, which is partially why the agency empowers its agents to give back to their local community – to be that agent for change, that positive role model.

In Charlotte, the agency is a strong supporter of the American Cancer Society (ACS). It annually spearheads a number of grassroots events, such as golf tournaments, bowling events, bake sales, and raffles, to raise funds for breast cancer, a disease that takes the lives of almost 41,000 Americans
each year.

Since becoming involved with the ACS almost 15 years ago, Coldwell Banker Residential Brokerage’s Charlotte region has raised almost $2.5 million for the nonprofit (Wendy was named the number one fundraiser for the ACS’s “Making Strides” event in Charlotte last year), and is an annual presenting sponsor for the American Cancer Society Walk, held each October in the Queen City.

“Supporting the American Cancer Society is ingrained in our agency’s culture,” says Wendy. “After each closing, our agents donate to ACS on behalf of their client. As an agent, it’s wonderful to know that your work supports a greater cause and helps so many people in the process.”

When they’re not closing on a house, assisting a client, or fundraising for ACS, the duo likes to relax with family and friends.

For Sam, this includes fishing, coaching his 11-year-old daughter Annabelle’s softball team, or spending time with his wife Jessica, who works for Wells Fargo Advisors. For Wendy, downtime equates to anything that involves the outdoors – paddle boarding, walking her dog Quincy, spending time with her Goddaughter Karys, or scuba diving anywhere warm…take your pick.

But then the two both pause when they realize the irony of their statements. “When was the last time we even took time off to go golfing?” asks Wendy

Sam looks at her. “I think it was back in March and we only played eight holes when we both realized we’d be more productive back at the office. So we left mid-round.”

Such is the way of life for these two top producers, and they wouldn’t have it any other way.