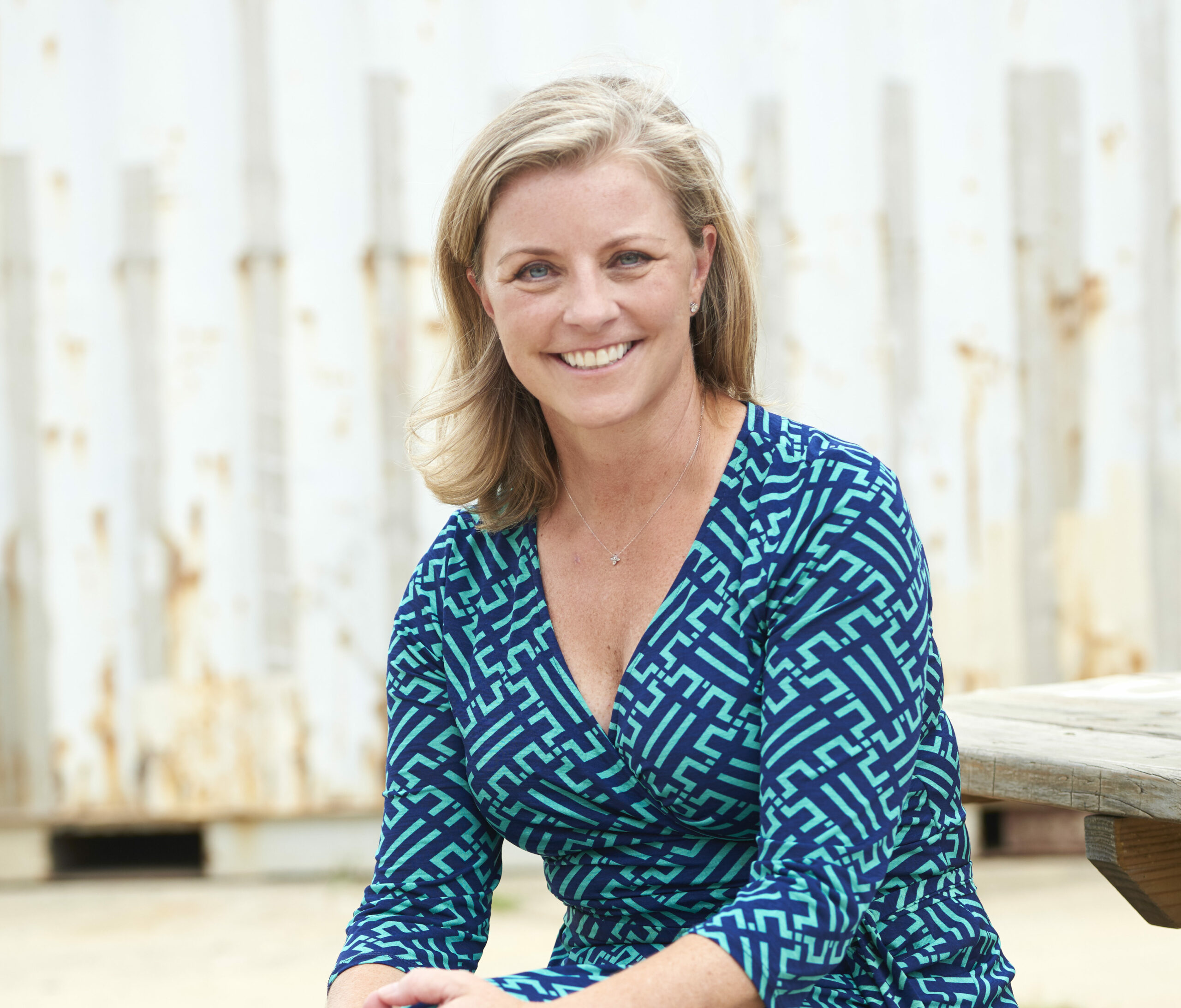 Rising Star Rachael Dunnavant-Realtor is inspiring us all! With a beautiful success story, and her positive outlook on life, everyone can learn something amazing from her story! Thank you so much for sharing it!

Rachael Adams Dunnavant is a real mover and shaker- literally. Born in Michigan, Rachael’s family moved to California when she was five years old. From a young age, she learned to adapt to many changing places and personalities. “Growing up we moved quite a few times. After Kindergarten, we moved to California where we spent 1st grade in Tustin, CA, 2nd in San Rafael, CA, 3rd 5th in Pebble Beach and 6th – 12th in Carmel,” Rachael shares. “Because of all the moving, I learned to make relationships quickly and easily which has certainly helped me in Real Estate.”

Attending college at California State University in Chico, Rachael studied Communications/Film and Video. This ambitious young lady even obtained an internship with ESPN that allowed her to fly to different areas of the country to be an Associate Director on the NASCAR circuit. With her background, she was able to land a position as a production assistant with ESPN after graduation. Packing up her belongings, she headed to Charlotte, NC not knowing anyone but soon finding a home and friends.

After four years with ESPN, Rachael was drawn to seek a different kind of career out from behind the scenes at ESPN. A friend back home referred her to the Kellogg company where Rachael joined and thrived in her career. With this position came different moves throughout the United States from San Francisco to Dallas. Rachael was able to work her way up the
ladder to National Account Executive for the Snack Foods division at Food Lion. She collected many accolades such as winning the “Golden K” her first year with the company and several awards in each area onward.

With marriage and family on the horizon, Rachael left corporate America to work within the home – however, she was not one to sit idle. With two beautiful children to raise, she was a busy lady who even found time to be Co-PTA President at Cotswold
Elementary. As the children grew, Rachael looked for an opportunity to work outside the home yet still have the flexibility to be a great mom and wife. “I started Real Estate in August
2012, after my husband suggested it,” Rachael remembers. “He knew I wanted to work for myself with flexible hours and encouraged me that I would be good at real estate, both
from a customer service perspective and also given my love of houses and architecture.”

Presently, with five years as a realtor under her belt, Rachael has an impressive career volume of $46,328,793. With her constant momentum, she keeps growing and her last year’s volume was $15,915,101. Along the way she has earned several awards
including the Keller Williams NC & SC Rookie of the Year in 2013 and has continually been a monthly award winner at the South Park office.

Real Estate was a natural, innate area for Rachael to move into for a career. From a young age, she was exposed to the various facets of the business. “When I was in the 6th grade my parents decided to build their dream home in Carmel, California,” she reflects. “This entailed my mother taking me to every open house she saw for several years to get ideas for our house. My family also did a ton of work on our home, so I learned how to DIY very early in life.”

Rachael and her hubby, Eric, have also had their own experiences moving within the Charlotte area. “When I got married, my husband Eric and I started out with a bungalow in Chantilly and remodeled most of that. Next up was a money pit in Elizabeth. After that, we took a break for two years in Plaza Midwood to have our second child. We then bought the house we currently live in: a Mid-Century Modern home in Sherwood Forest, where we’ve done five renovations. We like to get our hands dirty and learn as we go.” She had a friend who works
at her current firm, Keller Williams, Lauren O’Connor Farlow, who was a resource to her when she was deciding to change careers.

Not one to stray away from a challenge, Rachael’s first sale as an agent was a short-sale as a buyer’s agent for a property in Windsor Park. Not quite the typical real estate transaction,
but Rachael leveraged her skills and ability to learn quickly and made the deal happen for her clients. Shortly afterward, her neighbor and friend entrusted her to list her first home. From there on out, Rachael kept grooving through the market with
its ebbs and flows and taking it all in stride. “I chose real estate because I love houses and people and I like to solve problems,” says Rachael. “It made sense for me to become a matchmaker. I can see potential in any home and like to try to show my clients the potential in theirs.”

When asked about who she admires and where she gets her tremendous drive, Rachael first looks to family and then two influential mentors. “I have looked up to my parents who did it their own unique way. My Dad left a big career at GM to move our family to California and started a small business. My Mom became the bread winner for several years so he could pursue his dream. And they raised four successful kids along the way. I
look up to all small business owners; it’s a tough and rewarding road. Currently, I rely heavily on my fantastic business coach, Peter Popovich, who always has excellent direction and advice for me.”

Rachael is thankful to work with other great agents at Keller Williams Realty – Charlotte South Park where the office fosters a culture of sharing, “We are all successful if each one of us is successful”. She learned by asking questions of other more seasoned agents; now she helps newer agents the same way. There are no secrets, just sharing.

The past couple of years Rachael has been working on building a team. She attributes her recent success with the incredible people she works with, such as Cathy Roberts (Transaction Coordinator), Renea Matthews (Assistant and Agent), Claire
O’Neal (Buyers Agent), and Michelle Duyck (office mate and fellow agent). She notes, “Peter helped me realize that I couldn’t do everything myself as my business continued to grow. So, finding the right people to work with has become vital.” The core tips she shares with her team and others are to find balance.
“Faith, Family/Friends, and career – in that order.”

The challenge with buyers is finding the perfect home for them, which sometimes does not exist in the current market, so the job requires thinking outside the box. She sells about two homes a year by knocking, calling, note card writing to homes that are not on the market for her buyers. It’s a needle in a haystack. For her sellers, she works with them to look at their home from a buyer’s perspective: that this will soon no longer be their home, that they may need to paint it a more neutral color or stage their home, and realize the way you live in a home and the way you stage a home are entirely different. It is also equally important to cast as broad a net as possible to find as many potential buyers for their home.

Rachael offers this advice to all new agents: “Be super communicative and responsive. Be persistent without being
overbearing or a nuisance. Call when you say you are going to call, respond when called, follow up.” All of these words of wisdom have served her well in her pursuits!

When not working, Rachael is active with her lovely family. Rachael and Eric, married 20 years, have two beautiful teens. Luke, 17, is a Senior at Charlotte Christian School (CCS). Luke enjoys yoga, rock climbing, and playing guitar and bass. Ella, 15, is a Freshmen at CCS. Ella’s hobbies are Aerial Silks and Lyra. The family enjoys travel within the United States and beyond and have been on some great adventures together. Other activities include camping and hiking. The family loves to have music playing at their house and enjoys seeing great live music too, and Rachael and Eric fondly remember meeting at Jazzy
Ladies at the Mint Museum.

The family has faced and overcome many hurdles together. Rachael battled breast cancer two years ago, and thankfully it was treated before it spread to her lymph nodes. Currently, her husband, Eric has been diagnosed with Stage 3 Astrocytoma Brain Cancer. He is still undergoing chemotherapy every month, and the family is working together through it in the most positive way.

One way Rachael has decided to give back and become involved is through Press On! Press On’s unique mission is to IDENTIFY feasible and groundbreaking alternative therapies for childhood cancers and to INVEST monies raised in a manner that supports
the science and infrastructure needed to CURE childhood cancer within our lifetime. Rachael notes: “I am giving 5% of my net income to them this year. One night after Eric’s diagnosis we were watching the Avett Brothers documentary and learned about Bob Crawford’s daughter. Eric and I had decided we wanted to do something to help other cancer patients and decided that childhood cancer was where we wanted to focus our efforts.”

Rachael is a shining example of positive vibes and goodwill towards others. She is indeed one of the most sincere individuals you can meet, and it reflects in her ability to make a personal connection with everyone she encounters.