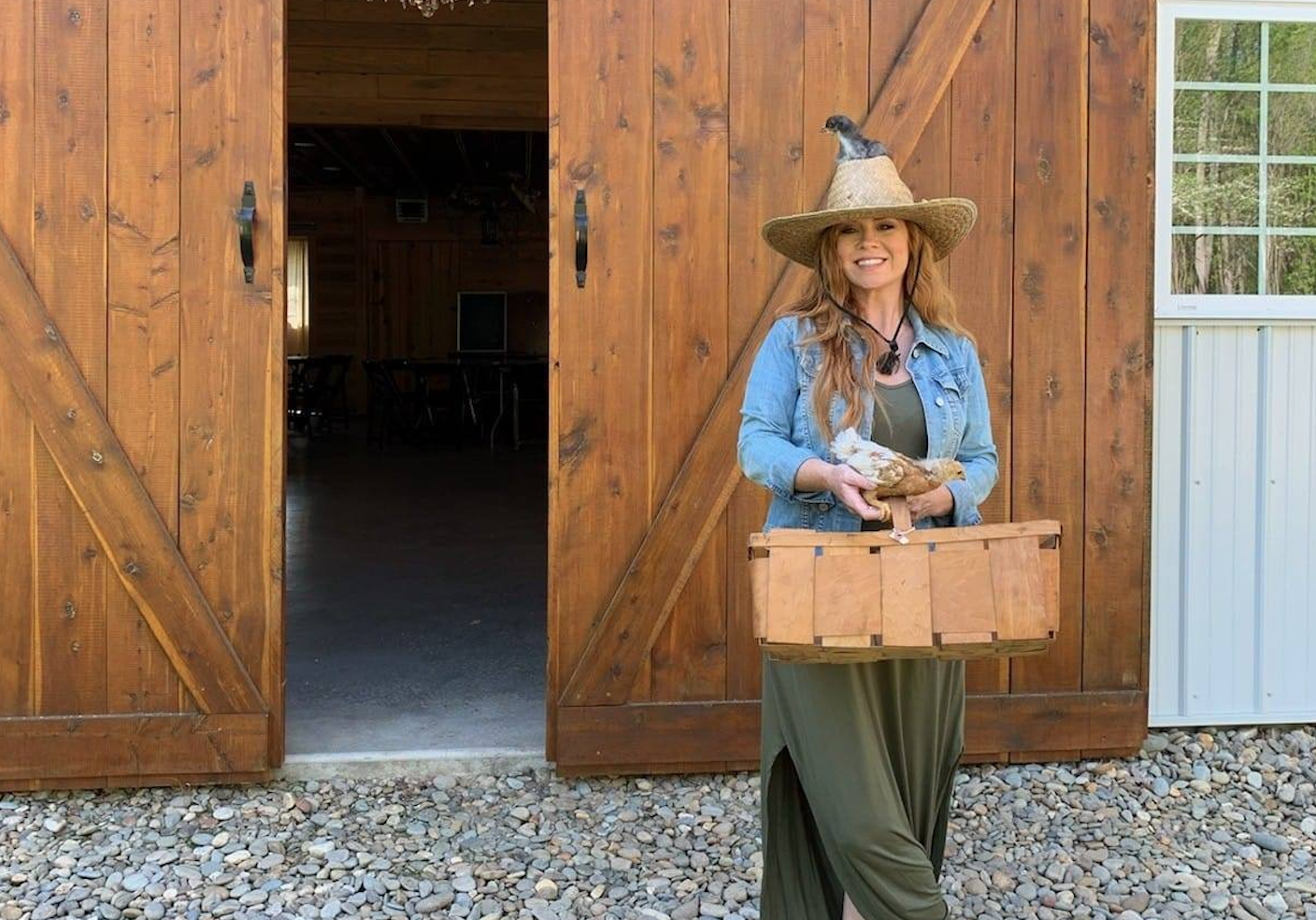 “Getting up with the chickens” is more than an idiom for Paula Severt. It’s literally a way of life. This busy REALTOR® co-owns a new brokerage, runs another small business, volunteers her time, takes care of her family, and raises a menagerie of farm fowl. In 2020, Paula successfully managed everything while selling $7 million in 34 transactions. No wonder she wakes up at the crack of dawn!

“To be honest, my chickens are usually up strolling around before I am,” Paula laughs. “But I like to start work early, put in a full day, and then unwind at home by visiting with my feathered friends, including a slew of chickens and two turkeys, and harvesting lavender from the garden.”

A North Carolina native, Paula worked in medical sales for ten years before becoming a REALTOR® in 2007. “I hired a great agent to sell my house, and it sparked my interest in real estate,” she says. “Medical sales can be sad because you’re helping people at the end of their lives, and I wanted to be a part of the beginning of people’s happiness.”

In 2017, while attending a client’s “Happily Ever After,” Paula had a genius idea. “That wedding cost an astronomical amount of money,” Paula explains. “My client could have used it for a down payment on a home instead! I thought about all the gorgeous land my family and I live on and decided to build an event venue that would be beautiful and cost-effective. We named it Stonegate Farm, and it was an immediate success.”

One year later, Paula started a new venture and launched Lantern Realty and Development with two other REALTORS®. “We mainly opened it for ourselves, but it just grew and kept growing,” she says. “We now have 103 agents and are about to open our sixth office. I’m a faith-based person, and with a higher power involved, we will continue to grow.”

After serving a three-year term on the Kannapolis Planning Board, Paula was recently elected to the Central Carolina Association of REALTORS® Board of Directors. “I’ve lived in this area for over 40 years, and I have an excellent working knowledge of home values. Whether people are selling a $50,000 piece of land or a million-dollar home, they all need help. I give everyone the same care and attention regardless of the commission because nothing is more fulfilling than helping others.”

All of Paula’s business comes from referrals or past clients. She and Lantern Realty and Development recently took their spots in the Top Three ‘Best of Greater Cabarrus 2020,’ as voted on by Independent Tribune readers. “I’ve been successful because I’m real,” she says. “It’s OK to empathize with clients. They’re under a lot of stress, and not everyone has a large budget to do things like stage their home. I love helping people save money by repurposing what they already have to redecorate, and I have a flair for it.”

While Paula loves helping clients, she’s most proud of the volunteer work she’s done for the Make-A-Wish Foundation. “A friend inspired me to get involved with the organization, and it’s become dear to my heart,” she says. “In 2019, thanks to the generous support from my clients and friends, I raised $36,000 and became Woman of the Year. Helping to grant six kids their wishes was one of the most meaningful accomplishments in my life.”

Always one to have great ideas, Paula loves sharing “Tips & Tidbits” on her Facebook and Instagram accounts, including advice on everything from how to clean your BBQ grill to how to make a wreath using turkey feathers. She’s also turned her two turkeys into TikTok stars. “One of their videos has more than 188,000 views,” she says. “They’ve definitely upstaged the chickens!”