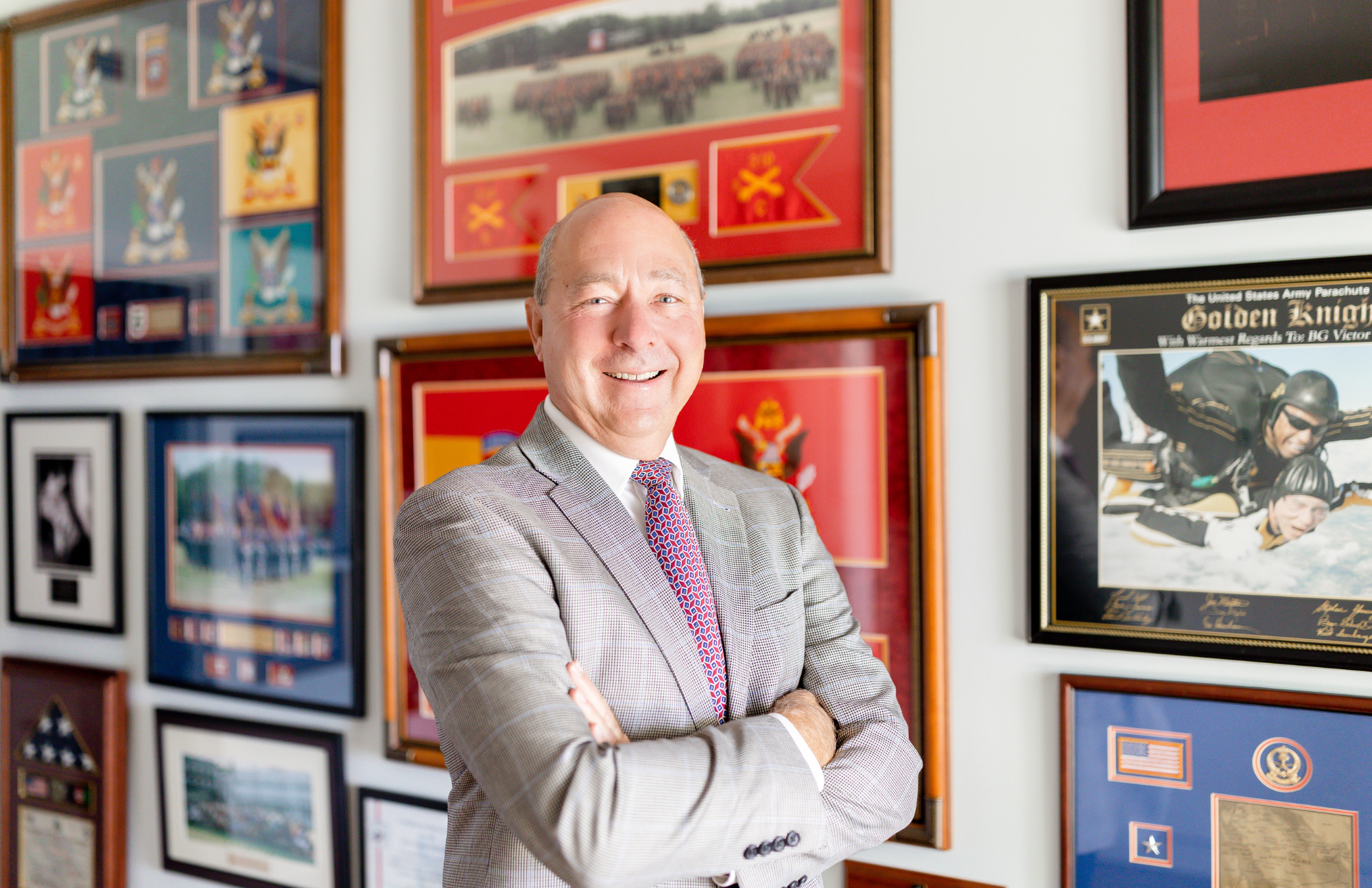 His resume reads like the beginning of an epic James Bond movie, but REALTOR® Victor Petrenko is as humble as they come. In 2016, after spending 31 years in the United States Army, this highly decorated General Officer retired from the military and accepted a new mission – to help his real estate clients achieve The American Dream. With $31 million in sales last year, Vic and his wife, Amy, could easily call 2020 ‘Operation Success.’

“In the military, I was passionate about making sure the units I led were the very best at what they were supposed to do,” Vic says. “My top priority was accomplishing all of our assigned missions while looking out for the welfare of others. Today, I feel the same way about real estate. Now I’m passionate about listening to our clients and working tirelessly to achieve their goals with integrity and respect.”

The son of immigrant parents from Ukraine, English is Vic’s second language. Born in Milwaukee, Wisconsin, he lived in the inner city until he was 12. Then he and his family moved to Phoenix, Arizona. “I looked up to my family as they all had multiple jobs to provide for us,” Vic says. “We were never hungry. We had a home, clothes, and the necessities, but no extras. My parents believed in the American Dream, hard work, going to church, helping people in the community, and education. I was the first one in our family to go to college and just trusted the path the Lord put me on.”

After graduating from Arizona State University and being commissioned an Officer through ROTC, Vic entered active duty in the military. Although he hadn’t intended on making it a career, Vic enjoyed being a soldier and served for the next three decades. “I was raised that everyone should serve their country for the privilege of being a citizen of our nation,” he says. “My family escaped Ukraine during WWII. They lived in displaced-persons camps in Germany for six years before immigrating to the United States through Ellis Island. My father served in Korea, my brother served, and so did my son.”

While in the military, Vic earned the Ranger Tab, the Master Parachutist Badge, and the Air Assault Badge. His decorations include three Bronze Stars and the Distinguished Service Medal. Foreign countries have also recognized his excellence. The French government awarded Vic the rank of “Chevalier” in the “Ordre National du Merite” and the French Croix de Guerre with Silver Star. The Polish government awarded him the Defense Bronze Medal. In addition, the late King Abdullah of The Kingdom of Saudi Arabia gave Vic a personal medal.

“I spent three years in Riyadh with my wife, Amy,” Vic says. “I was responsible for advising a Saudi Prince on matters of National Defense and strategic modernization of their National Guard. We worked through some difficult issues in the area, and the King asked our government to extend me past my initial two-year assignment. It was a tremendous honor to be recognized by him.”

After retiring from such a high-octane career, Vic knew he wanted to own a business. When he realized his wife wanted to work with him after being a “camp-follower” and raising their children, they pursued real estate together. Licensed for the last five years, Vic and Amy have a career volume of $67 million and landed spots on Real Trends Top 28 Small Teams in North Carolina and Real Trends 1000 America’s Best Agents List. Known for their integrity, Vic and Amy also have reputations for providing exceptional service and incredible results for their clients.

“We never look at our clients as transactions,” Vic says. “We are hyper-focused on achieving their goals, and we enjoy befriending many of them. The military instills discipline and responsibility, and develops simple traits like not quitting and always doing things right. All of that has fed into our current success. But what I liked most about the military was making many close friends from different backgrounds. And that’s what I enjoy most about real estate, too. I plan to continue in the industry with my wife and grow our team for many years to come.”

The couple believes in giving back to the community and supports Patriot’s Path and Patriot Military Family Foundation, where Vic serves on both boards and The Outreach Foundation. Married for 32 years, he and Amy have two children. Mykola, their son, went to Princeton, served as a Military Intelligence Officer, and then graduated from Harvard Business School. Mykola was deployed to Afghanistan with the Rangers and currently works for Boston Consulting Group. Their daughter, Larysa, attended Purdue and UNC Medical School in Chapel Hill. She is a Doctor of Physical Therapy and is finishing up her orthopedic sports residency in a Special Forces Clinic at Fort Bragg.

“Our entire family likes to travel internationally,” Vic smiles. “But we really love to spend quality time with each other or our friends, enjoying the Lake Norman lifestyle. We enjoy simple things like grilling, boating, sitting by the fire pit, and playing cornhole.”

Vic also loves to sail off into the Lake Norman sunset after a hard day’s work, with Amy by his side. James Bond should be so lucky.