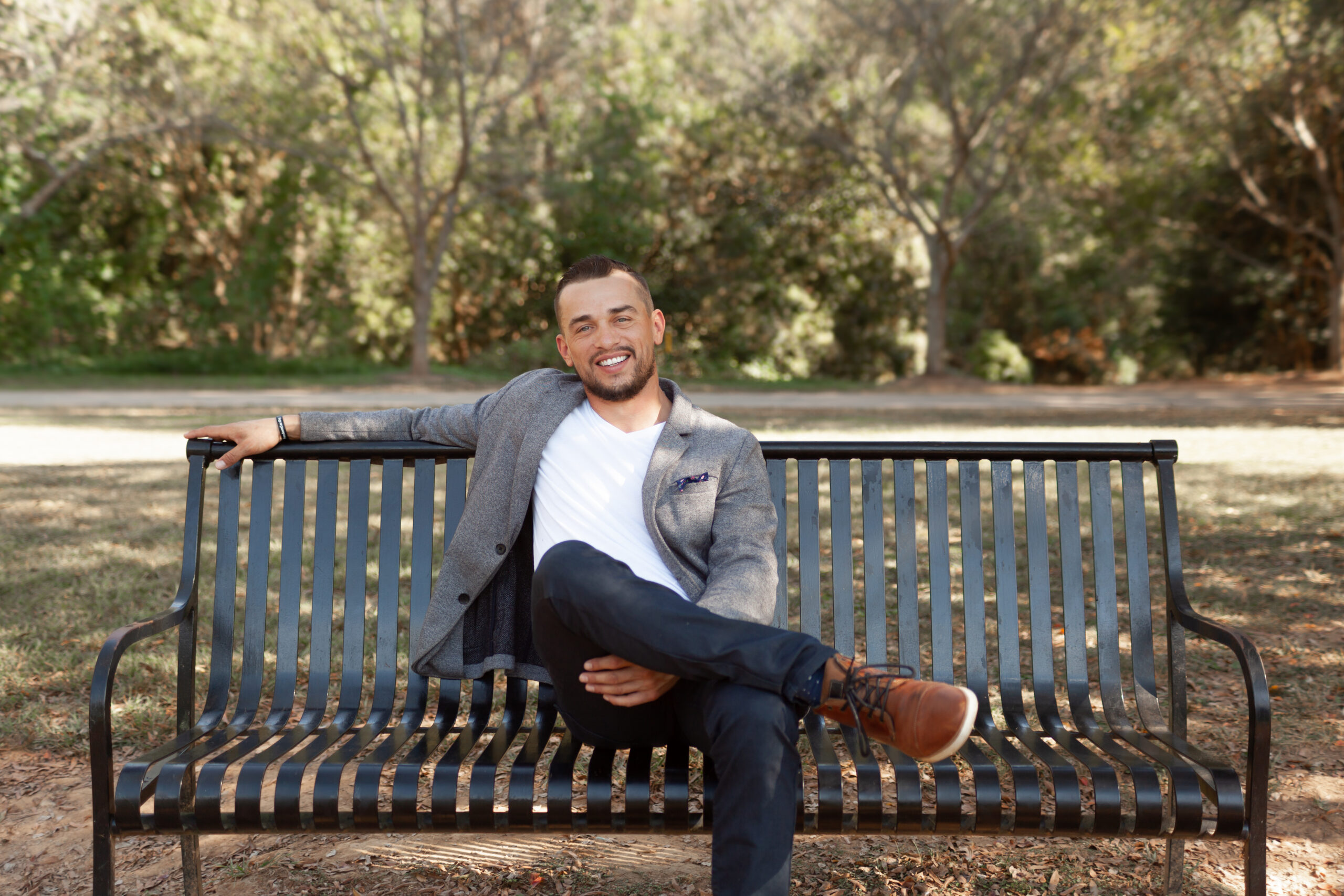 This month, we honor heroes – those who have served our country bravely. Meet Mike Crespo – a rising star who, unbeknownst to him at the time, would end up learning a lifetime of life and career lessons in the National Guard.

The National Guard taught Mike Crespo a lifetime of lessons.

He might not have known it then. Weapon down – weapon UP. Maneuvering as you did the day before and the day before that, following your unit into tunnels and doorways of the unknown, acting and reacting as you go.

Those lessons manifested into habits. Raising inquisitive boys to become renaissance men. Tackling cold calls with doggedness. Seeing it all unfold in ways he could never have imagined.

“Using that consistency in life, it will lead to something,” Mike says. “I’ve seen the consequences of when you don’t. I haven’t always been the best at it. When you stay consistent, it’s amazing how the smallest bit of effort, it just builds up.”

Mike’s a rising star real estate agent with The Mac Group Real Estate Advisors. The man from the 120th Bravo Company – a rare stand-alone unit in Iraq in 2010 known as the Mad Dogs – leads a promising career spurred by lessons in action and consequence. It all has to be delivered with the integrity that’s now such a part of his very fabric.

Greg Macaluso owns The Mac Group. He met Mike through a mutual acquaintance. “My first impression was this guy was a hustler and hungry,” Greg says of Mike, “yet, humble.”

Mike’s first lead came from Facebook. The client called the day after Christmas and needed to rent something for business – by the end of the week. With family in town, Mike was in a quandary. As a new agent, he got after it and got the close.

That focus has been a developing influence on Mike. Other influences eventually carried that torch. Books. Podcasts. They manifested in rituals, vision boards, and in realizing he was ready for lessons he hadn’t been before.

“I’m big on visualization,” Mike says. “Morning and night, visualizing my goals, making sure they’re always there, feeding that subconscious.”

Greg saw that Mike would do whatever it took to win. “He wasn’t scared to do anything, from cold calling to door knocking, anything that was necessary,” Greg says. “At  the same time, he was super open to coaching and taking advice to advance his abilities.”

Matt Artiles knows Mike from the housing industry and served with him in Iraq. “Life was an adventure,” Matt says. “He was the guy who would give you the shirt off his back. He was proud to be a part of something bigger than himself.”

Even before he was a father, “kids have always been a soft spot for me,” Mike says. Even in heartbreaking ways. In Iraq, he saw three-year-olds pillaging his unit’s trash. It reminded Mike to “try to be grateful for even the small things,” he says.

He sees his sons, Joe (13) and Zack (11), learning entrepreneurship through a pressure-washing business they began together.

“They’re doing things I never did as a kid,” Mike says. He’s coached them in soccer, he says, “until they got to a level where they were too good for me.” Since they were babies, he’s Googled ways to raise them right. Baby Einstein. Thinking games. Whatever it took.

Mike and the boys camp, hike, and play sports. They’re foodies and go-getters. Joe and Zack are both funny and fun, Mike says, gamers hooked on the technical side of gaming. Before they can get their driver’s licenses, they’ve run lemonade stands and an origami store.

“I want my kids to create a life that’s extraordinary,” Mike says. “To reach those spots and believe, ‘my dad’s got me.’ I’ve always wanted to cultivate that.”

One real estate deal fell through, then another. Another followed. Two more. All told, seven deals dropped out. “Like clockwork,” Mike says, “I’m in this drought.”

The entrepreneurial side of him revved into overdrive. He remembered lessons he’d learned about roofing from his
ex-wife. He called a best friend from the military, who lives in Dallas. Mike began thinking in terms of solving problems for others … and one thing led to another

He began his own roofing business, to complement his real estate work.

“Next thing you know, I’m buying a truck,” he says. “I realized I have a legit business going!”

“It was almost completely hands-off for me,” Desiree says. “He took care of everything, and now my investment property has a brand-new roof. His crew was out there for one day, and it was done. He works really hard and I don’t think he hardly ever takes a day off.

“I don’t know how he juggles being a great partner and a great dad, but he does.”

Out of desperation, Mike manifested a solution not only for himself but for so many clients and potential clients. He’d come off a high before that summer dip. Now, he’s counting on earning more funds from this business to invest in real estate marketing. He’ll also be investing in a new endeavor in 2020: himself, as he launches his own team, The Crespo Group, under Costello Real Estate & Investments.

“The world can compound on you,” Mike says. “Don’t give up. Keep going, keep pushing. Most times – and I’ve tried to learn this – life happens FOR you and not TO you. Instead of saying ‘woe is me,’ to let it teach me a lesson.”