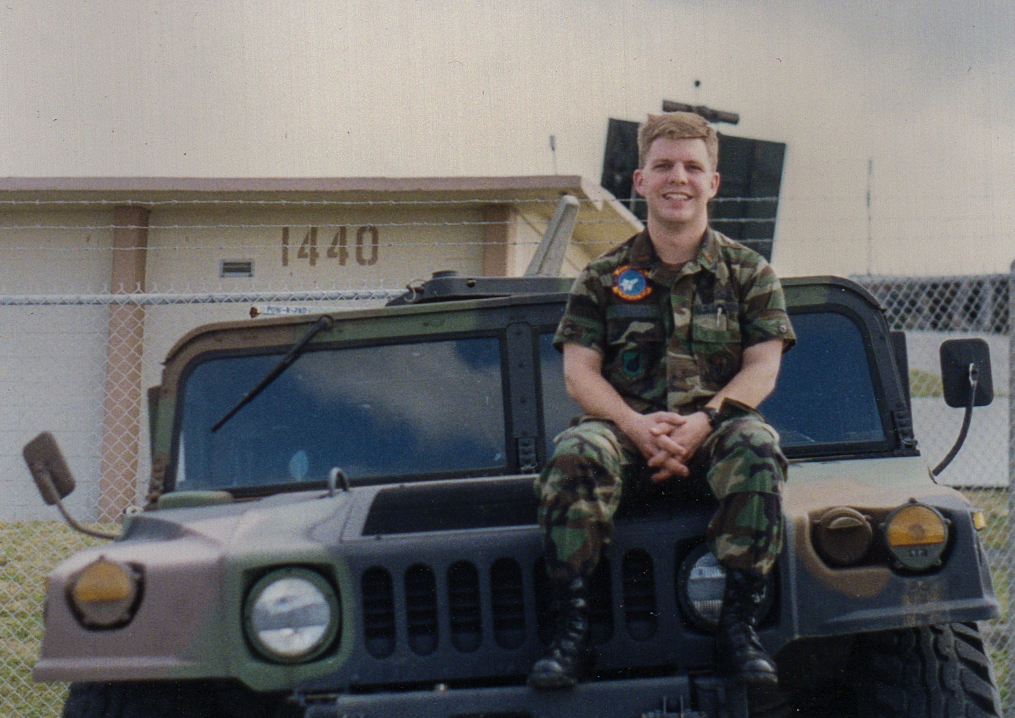 “If you think of your client as two or three ranks above you, that’s the easiest transition.” That’s Air Force veteran Michael Krueger talking about his career in real estate. He’s an unconventional agent who serves clients and veterans in a city he loves.

How many years of military service does it take to prepare a
man to be a real estate agent?

For Michael Krueger, Air Force retired, it took just 21. Michael, after a phenomenal career serving his country, stepped right into his role with Helen Adams Realty. Service buddies might be surprised to learn of Michael’s new job. Michael, though, sees how his former path led to this one.

“If you think of your client as two or three ranks above you, that’s the easiest transition,” Michael says. “There were direct correlations between what we got trained to do in the military and real estate.”

Michael will celebrate five years in the same company and the same office in December. He compares part of real estate duties to some of his assignments in the Air Force. In the Air Force, Michael was tasked with creating a flow plan to put receivers on refueling tanker planes. He had multiple planes and receivers to coordinate.

“You had to bring these together,” Michael says. “I laugh now, but it’s a lot like putting together a showing schedule for the weekends. I have to allow enough transit time between houses, enough time at the house and plan how you’ll come in and leave the neighborhood to show it off.

“It’s a lot like creating a tanker flow plan while I was controlling aircraft on active duty.” A well-constructed plan is something a four-star general, and a first-time homebuyer can appreciate, it turns out. A people person and high-level organizer, Michael sought a post-military career that allowed flexibility. He and his wife homeschool their kids. He has commitments to scouts and local veterans. And he’s a stellar fit for the Helen Adams model.

He’s also a native Charlottean who began in the ROTC program at UNC Charlotte. The Kruegers returned to Charlotte to be closer to family. At the time, Michael took a contracting job with Wells Fargo as a project manager. Eighteen-months was enough time to speed-date that career.

And it was long enough to send him another direction – into real estate. “I liked the schedule, the emphasis on building relationships,” Michael says. “I like to talk. It was a good fit from the start.”

Michael attended tech school in Florida after UNCC. He spent two years in Korea and four years in Italy on the first of two tours; attended the Air Force Weapons School at Nellis Air Force Base, NV; and was stationed in Panama City, Fla., for two-and-a-half years (when he married Shelly, another native Charlottean).

Then it was back to Italy for four more years, off to Montgomery, Ala., for school, two years on staff at Langley, two years in Oklahoma City, and a return to Langley to round out his service. Kerry Price Doub works at Helen Adams with Michael as his BIC. She says his strong military background shows in his real estate work. He’ll get buyers and sellers to their next destination with precision and professionalism.

“He’s a fabulous agent,” Kerry says. “He’s wellliked and respected by his colleagues. If an agent in his office needs help, he always offers his time, never making anyone feel like he may be too busy.”

Kerry recognizes Michael’s commitment to the veteran community. It’s time that Blake Bourne, Executive Director of Veterans Bridge Home, appreciates for his organization and in the name of service itself.

“Michael sends birthday and anniversary cards,” says Blake, an Army veteran. “Sometimes, they hit before I think about it! He’s such a trusted resource to those who know him. Even if you’re not in the market for real estate, he’s intent on serving others.”

Michael does so with data and clear-cut options: Comps, market data, statistical analysis — all with the dedication of airmen to each other. “I don’t want my clients to have regrets,” Michael says. “I want them to see their best decision aligned with the data. My job is to guide them through decision points. There will be a few. I’ll provide relevant and useful data.”

Michael and Shelly have three children with three birthplaces: Jack, 16 (Italy), just earned his Eagle Scout; Emma, 14 (Charlotte, during a brief run through town), a horseback rider and former Irish dancer who was extremely good at it; and Landon, 10 (Oklahoma), the family’s tech expert. “We enjoy the flexibility of homeschooling because you can take a vacation while everyone else is at school,” Michael says. “We can go to Disneyworld in February before everyone else is on Spring Break. And it’s good to just spend time at home.”

Michael wants to keep active in everything he currently does, especially the work he does with veterans. He hoped there would be connections with Charlotte veterans. He has seen estimates stating there are 100,000 veterans in the Charlotte area.

He sees the life-changing effect connecting with other veterans can make. Michael co-hosts a breakfast in Ballantyne for veterans through Veterans Bridge Home. He enjoys the time with veterans, and it reminds him of the time he’d spend with his contemporaries in service. It’s making veterans aware of resources, growing a network big enough to sustain itself. He hands out cards to veterans that include a QR code to a wealth of resources and an event calendar. “Just the breadth of opportunities available means there’s likely something relevant to any veteran in the area,” he says.

“The culture is what I enjoy,” Michael says. “All these events are for networking, and they do that. But we go there to see each other, too. Do you need help? A connection? Or just want to have lunch? We have a space to talk to each other.

“If a veteran needs help, he’s going to ask another veteran. We’ve been trained to deal with circumstances on our own. It could be emotional support or a job. You’ll get a link to another veteran through these events.”