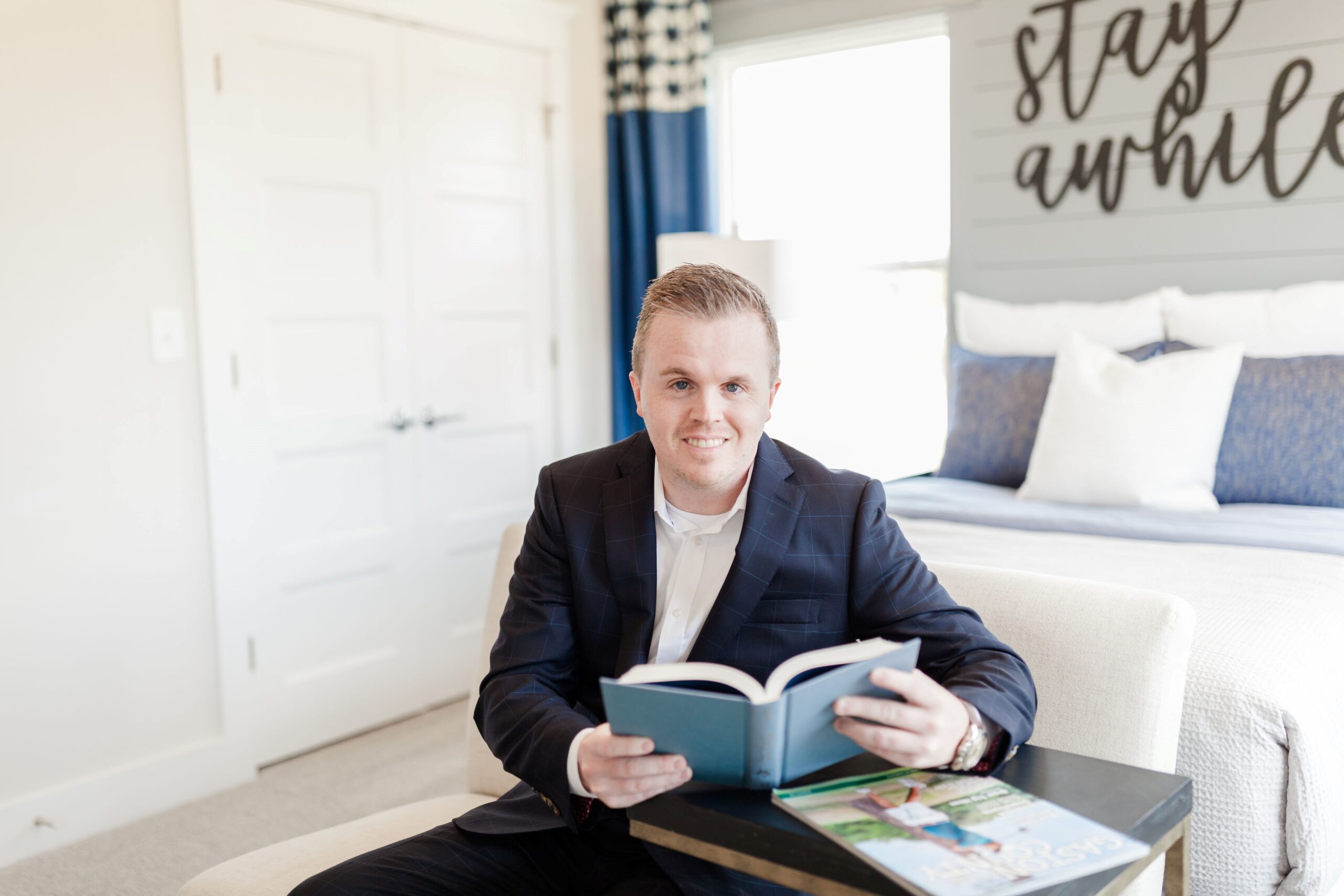 Serving in the United States Marine Corps is one of the “toughest jobs you will ever love.” Being in the Marines provided Michael organization, problem-solving, and teamwork skills that serve him well in his present career of real estate.

Originally born in New Brunswick, NJ, Michael moved to Long Beach, California, when he was 6. Joining the Marines a few years after high school, this brave young man spent not one but two deployments in Iraq.Following the Marines, Michael obtained an associate’s degree in Paralegal studies, but he didn’t find it fulfilling. He had friends in California who were REALTORS® and loved the lifestyle it could provide — vacations overseas, fancy cars, and the finer things in life.

In July 2018, Michael relocated to North Carolina and officially became a licensed REALTOR® with Keller Williams Huntersville. For the first time in years, he was also living near his mom, aunt, uncles, and cousins. “I love being able to pop in to occasionally, raid their fridge, and hang out,” grins Michael.

Looking back to his start at KW Huntersville, Michael shares, “My Broker in Charge, Sherry Wooten, was my REALTOR® when I moved to NC, so I thought there was no better mentor to show me the ropes,” Michael says. “I contemplated joining a team when I started, but one of the owners of my office, Justin Sciranko, said he saw too much potential in me and that I would be better off as an individual agent.”

A fast learner, Michael’s accolades include the KW Huntersville Rookie of the Year 2019 and the bronze award for over $100k GCI. His career volume is over $9,000,00, which is tremendous, considering he didn’t start pursuing business until January 2019.

Being a veteran himself, Michael has a passion for helping veterans with their home buying and selling needs.

“The majority of my business is veteran based,” he tells us. “It’s my passion to help them, and I make it my mission to ensure that my veteran clients have a positive and memorable transaction experience. They deserve the best!”

Michael has worked hard to overcome the challenges of transitioning into a civilian lifestyle after life in the Marines. “It was, and still is, difficult to deal with so many different personalities when you are drilled to have a group of people think as one,” he explains. “Real Estate has enabled me to talk to so many people and learn how to deal with different personalities.”

Giving his clients the best possible service is a commitment that Michael makes to every customer, veteran, and non-veteran. He credits EVERYONE in his family of co-workers at Keller Williams Huntersville, thanking them for their superior training and fellowship during his ascent within the ranks of real estate.

“I have the opportunity to walk into any office and pick the brains of all these veteran REALTORS®, Michael says. “Spending time in the office is something a lot of young agents don’t do, but I’ve found it instrumental in building and establishing myself as a successful REALTOR®.” Michael (admittedly) drove everybody in his brokerage crazy for a while, but he tells us, “I wouldn’t be where I am if it wasn’t for them.”

In the spirit of mentoring newer agents, Michael shares, “It’s important to choose a firm that will provide the tools to become your very best self in the business, leading you to the point where you can make your own rules.”

As well, Michael recommends, “Take the leap and go 100%. I’ve seen so many REALTORS® get into real estate and quit within a year simply because the work wasn’t coming to them. I was told by a friend that I had to jump in full speed to keep up and pass the people that have been doing this for a while — nobody in this industry is going to wait for you. “

Michael has achieved success with his mantra of going for the business 100%. Starting in the KW Huntersville office, he worked rental referrals to drum up his client base and build momentum. For Michael, converting renters to buyers is high — it’s a life-changing moment for all involved.

From a dedicated patriot serving his country as a United States Marine to the local real estate agent lending a hand to those pursuing the “American Dream” of homeownership, Michael is exemplary in all he does because he gives from his heart for others.

Michael sums up success, noting, “Most people equate success with material possessions, but I feel successful when I can help other people who need things more than me.”