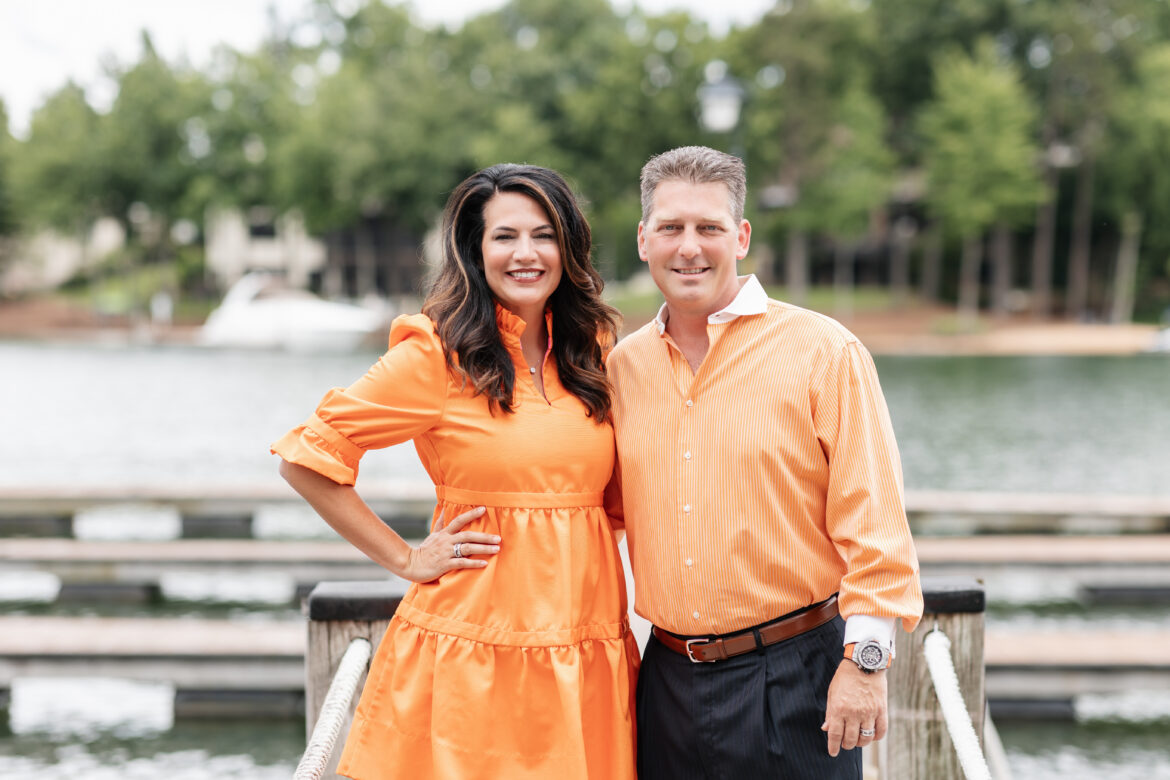 What’s in a name? For “Mr. Lake Norman,” it’s $100 million in sales, recognition as the number-15 agent in North Carolina, and being NextHome’s number-one agent in the world. But, as Shakespeare says, a rose by any other name would smell as sweet, and “Mr. Lake Norman,” a.k.a. REALTOR® Kelly Myers, is equally proud to be known as the founder of NextHome World Class.

“I’m grateful and appreciative of my team and agents more than they may ever know,” Kelly says. “My success is 100% ONLY because they listen to me, train with me, and commit to world-class service with me. That is the sole reason I’m where I am today.”

The NextHome World Class team has sold almost half a billion in real estate since 2018, winning NextHome’s Diamond Pinnacle Award two years in a row. While they’re a fantastic group of individuals, Kelly’s long history of entrepreneurship played a significant part in their success. A North Carolina native, he graduated from UNCC with a Business Administration Bachelor’s Degree and followed his family’s automotive business by becoming a buyer for Carmax when he was 22.

“I traveled the country buying hundreds of cars a week, spending millions of someone else’s money on cars!” Kelly laughs. “I eventually left to work for myself as an auto wholesaler, where I made enough money to acquire a Mazda/Suzuki franchise at 25, the youngest person ever to do so. I was also exposed to real estate at an early age, with my father being an investor having over 100 rental and commercial properties. I even bought my condo in college and then rented it for years as I built my rental portfolio. So real estate was the natural path for me after the crash of ’08 that wiped out thousands of car dealerships, including the entire U.S. Suzuki lineup.”

Losing a business and leaving the automotive industry to go into something completely different was challenging for Kelly, but the birth of his first daughter fueled him for success. In 1995, Kelly started working full-time on his real estate portfolio, increasing his commercial and rental holdings and flipping properties. Increasingly prosperous, Kelly obtained his license to help others in 2016.

“I had a lot of experience helping people with the second largest purchase of their life, but I wanted to be involved with the largest – their home!” Kelly says. “And, as an entrepreneur since I was 22, I knew from the minute I decided to get licensed that my path was to start and run my brokerage. As soon as I clicked the submit button on the state exam and saw a ‘Pass,’ I began searching on how to make it happen. After researching all of the traditional brands in the marketplace, nothing was as unique or stood out to me as much as NextHome.”

Enchanted by NextHome’s blaring orange logo that sports a cute white French bulldog, Kelly knew the consumer-centric real estate franchise would help him attract agents and make a splash quickly. But first, he needed a Broker in Charge. After acquiring the Mooresville location and naming it NextHome World Class, the stars continued to align, and Kelly met Dawn McGinn through a friend.

“We thank God every day that Dawn decided to become our Broker in Charge,” Kelly says. “She helped make it all possible. We grew the team from one agent to 34 in less than three years, and every single person that joined us is truly amazing, including my beautiful wife, Phoenisa, who is our Marketing Director. Watching this team take a big bite out of the Lake Norman market through hard work, dedication, and a commitment to winning for clients is very rewarding. Anyone looking to buy a home in North Carolina or South Carolina would be lucky to have one of our agents on their side.”

Kelly personally trains every agent at NextHome World Class and also offers structured training programs. “We know all agents are not created equal, and I know it’s because not all agents train equally,” Kelly says. “To be a part of our World Class team, you must have that commitment to training. I love seeing salespeople change their lives from my coaching and direction, going from making nothing to earning hundreds of thousands of dollars within their first or second year. It’s the reason I wake up every day. My best advice for agents is to be a negotiator, not just a messenger, and stay in front of people, so they come to know, like, and trust you. I always tell my team, ‘CCC’ – Conversations Create Closings.’ I use it so much I trademarked it!”

Outside of work, Kelly spends as much time as he can with his family. Married for 15 years, he and Phoenisa have two daughters. Phoenix (13) is a competition-level volleyball player and an accomplished violinist. Piper (9) is a spunky little girl who’s a lot like her father. They all enjoy boating, tennis, and pretty much any sporting activity. If Kelly’s not with his three girls, he’s learning something new to keep his team sharp.

“Clients should never settle for anything less than world-class in a REALTOR®,” Kelly says. “If agents wear a badge with the name ‘World Class,’ rest assured, that is exactly what you’ll get in a person and their service. I couldn’t be more proud of this group. They are the definition of world-class!”