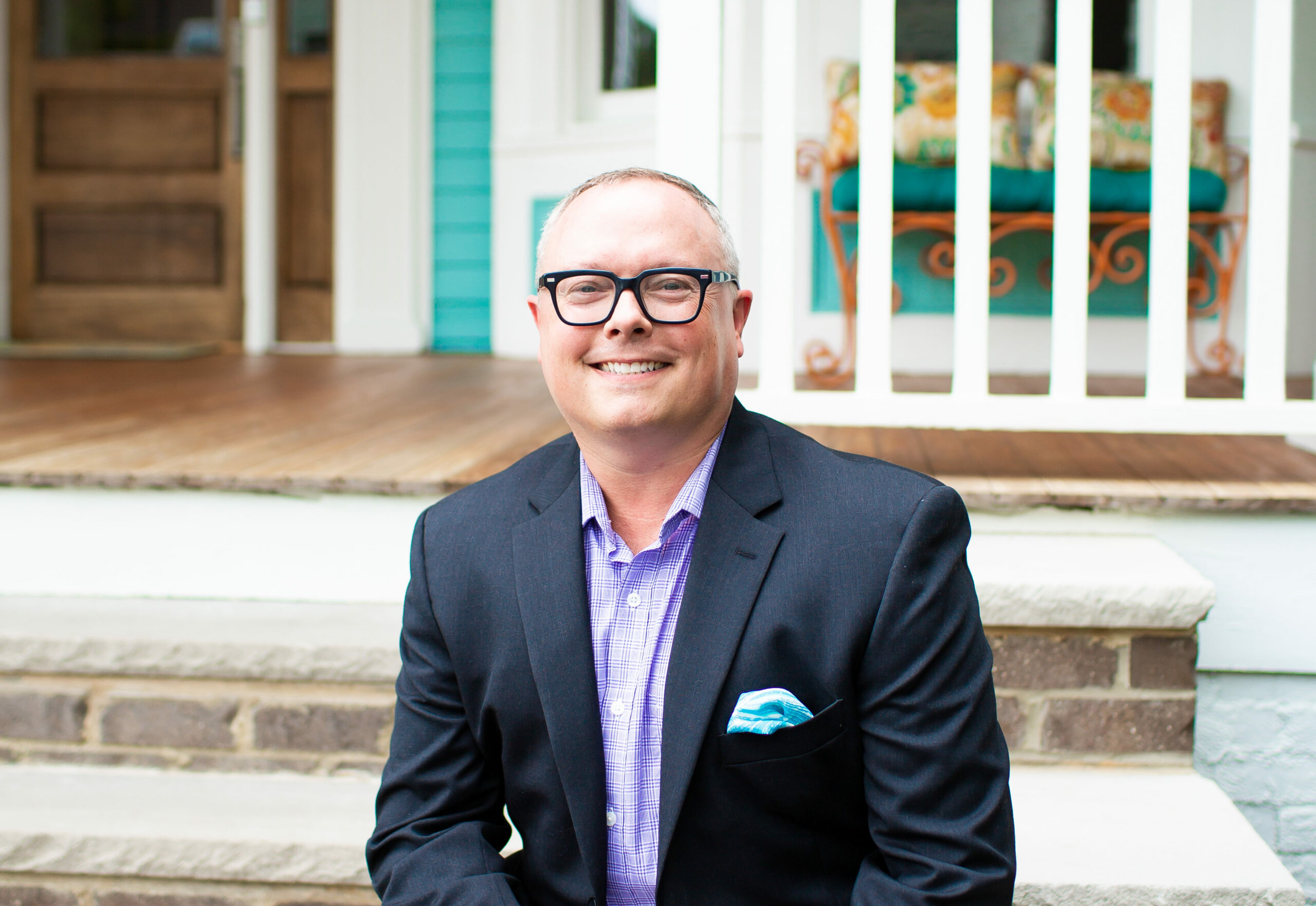 Kelly King with Savvy + Co. Real Estate used to walk to Cotswold Elementary – and Randolph Middle School. He moved on to West Charlotte High, where he earned a scholarship to Queens University of Charlotte. If Charlotte native Kelly King doesn’t know the #QueenCity, we don’t know who does.

It’s one thing to know where Charlotte’s neighborhoods are. That’s easy.

I mean, does it get any more Charlotte than that? Kelly King knows where to steer you, and who to put you in touch with for whatever you need.

“I know a lot of people in Charlotte,” says Kelly, who graduated with honors from West Charlotte High. “It’s also good to know all the different neighborhoods. I can explain to people what the benefits of those neighborhoods are.”

After 20 years in banking and six years studying and working in photography, Kelly entered real estate. Three years into the business and 18 months with Savvy and Co., he’s problem-solving and connecting with people in ways he feels meant to do.

“I thought it was time to explore something different, where I could be out of the office,” Kelly says. “I grew up in Charlotte. I love Charlotte. It allows me to be out with a community I love and interact with people. That’s different from what I was doing before.”

Before, Kelly managed underwriting for business financing for a local bank. He developed an eye for credit scores, a knack for finding subtleties that could help a client decide which blemishes to tackle first. The result: financial goals, realized.

While at the bank – which changed names three times during his tenure – Kelly began to train on the road. He taught the art of closing the sale efficiently. He thrived in sessions up and down the east coast and developed a bit of wanderlust.

“I realized I like being away from my desk more than I like being in the office,” Kelly says. “When I started looking forward, the options at the bank were more toward jobs keeping me at a desk.”

Monica Hancock has photographed homes for Kelly with her company, Silver Monkey Images. Monica saw a blend of kindness and professional demeanor in Kelly. Their connection bridged work and friendship.

“I got to know him,” Monica says. “We started working together as I photographed houses for him, and now I look forward to the chance to work with him. Not only is he thorough and on top of every detail for his clients, but he makes me smile every time we hang out.”

Some people who’ve worked with Kelly follow him wherever he goes.

Diana Archer Rich and Kelly met in their teens. They worked together at a store in the SouthPark Mall. Diana looked up to Kelly, the more experienced of the two in retail. She marveled at his ability to build rapport with customers and co-workers. They both enrolled at Queens University of Charlotte, maintaining a friendship of more than 30 years.

“He’s the kind of friend who will make himself available when you need him, regardless of what’s going on,” Diana says. “We sometimes go months without seeing each other, but when we get together, it’s as if no time had passed. He is kind, genuine, authentic, giving, honest, and trustworthy. And he listens to hear, not to talk.”

Kelly helped Peg Robarchek sell a house. For Peg, Kelly’s calming and positive presence was just part of the benefit. Kelly is well-connected – probably in part because of that positive presence – and could put Peg in touch with pros for cleaning, repairs, and more.

“It was a great problem to have, but confusing and overwhelming,” Peg says. “Kelly helped me understand how each offer differed and the ramifications of each other. He didn’t choose for me, but he made it easy for me to decide.”

Another piece to the Kelly King puzzle: He left banking for six years to pursue learning that related to his college degree.

Part of his studies at Queens was in fine art photography. So Kelly ventured off to Atlanta to study at the prestigious Portfolio Center. This career shift came at a both a perfect and imperfect time for Kelly; perfect, in that it allowed his artistic side to shine a bit. Imperfect, because of the looming recession.

Kelly got some time in as a commercial photographer before ad dollars dried up. He came back to Queens for his MBA and returned to the bank. But at least one fire was stoked.

“Photography still lights me up,” Kelly says. “I still try to carve out time every week to shoot. I have a little studio set up at home. I enjoy being able to create that time for myself.”

In case you’re wondering, no, Kelly doesn’t photograph the homes he sells. (Monica is his go-to for that!) He’s got that discerning eye, though, the same one that helps him decipher a credit report like it was a lunch menu. It’s in the level of the finishing, the details.

Hours standing over a light box and editing transparencies will hone that sort of craft.

“The little cracks in things, gaps in woodworking,” Kelly says. “When you’re looking at a room, they’re easy to skip over. But they’re things that you need to remedy, and things that cost money to fix. I’m used to having a critical eye when I’m looking at homes.”

If Kelly’s in Charlotte, he’s hard at work selling homes. Travel becomes an escape, whether it’s to a family home in Ocean Isle, or winter trips to Naples, Florida. He visits his best friend in New York – a photographer he studied with while in Atlanta.

Kelly hasn’t forgotten his roots. Rather than traditional closing gifts for clients, Kelly pays past-due school lunch balances at Cotswold Elementary. He does this in his clients’ honor. “So the people who buy or sell properties through me are helping children have a good healthy lunch,” Kelly says. “Now the kids can focus on school, instead of being hungry or embarrassed at lunchtime.”

Kelly still brings a youthful exuberance to his work, with lots of experience. If current growth continues, he’d love to bring someone else on. That partner must value customer service as Kelly does. “It’s a huge part of my background,
especially coming from First Union and Wachovia,” Kelly says. “They engrained it in us, and it’s where I cut my teeth.”

Kelly might even slow down a little, eventually. In real estate, he has the choice to control the work he accepts. He’d have the option to work as much as he’s comfortable.

“Twenty years down the road. But not now. Call me now. I’m ready to sell your house.”