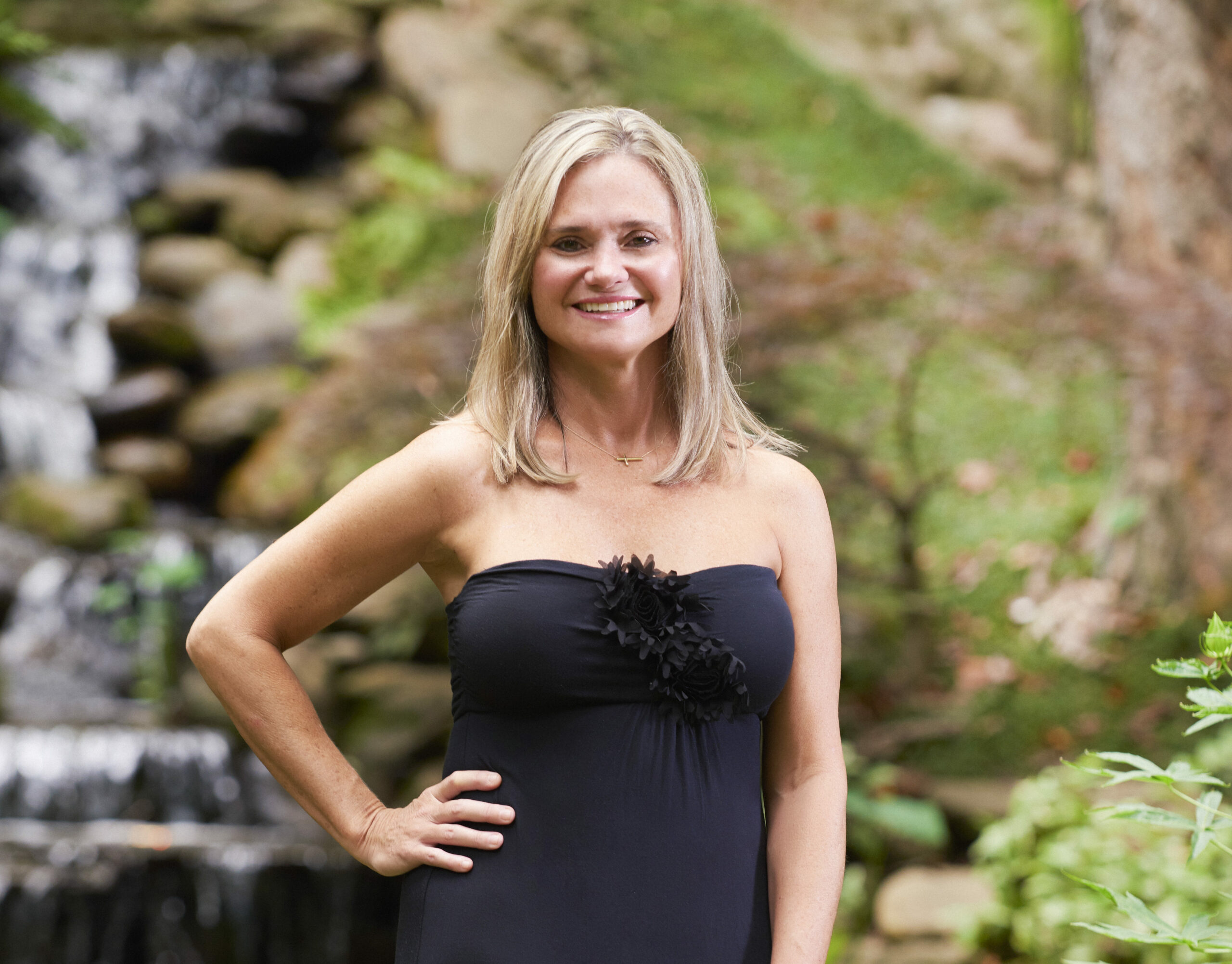 September Cover Keeley Brown Tase with Keeley & Co. powered by eXp Realty Is grateful for all the opportunities that come her way!

Keeley Brown Tase, founder of Keeley & Co., a full-service real estate team powered by eXp Realty, remains grateful to the Shea family for introducing her to real estate. It’s a profession she never envisioned for herself but has built a solid career in for the past 22 years.

“Shea Homes Charlotte founders Ed, John, and Gil Shea took a chance on me, hiring me when I didn’t really know what I wanted to do with my life,” explains Tase. “To put it simply, I was lost. I was 26 years old, had been bouncing from admin job to admin job and didn’t know what direction I wanted my life to take. Their faith in me was the catalyst I needed to begin my journey as a real estate agent in the Carolinas, a role I now view as a life purpose, not just a career.”

Tase joined the Shea Homes family as an office manager in 1995 after the Sheas expanded the business into the Charlotte market from California. Shea Homes’ West Coast transitional architectural details shook up the Queen City’s real estate scene. The company’s homes featured two-story formal areas, separated by large columns and sweeping entrances – all of which were considered welcome changes to buyers who were accustomed to Charlotte’s more traditional residential aesthetics.

As a result, Shea Homes exploded in the marketplace. From her office manager chair, Tase had a front-row seat to the company’s early success, and when she learned of the earning potential of the on-site sales agents, she decided to move from the sidelines to the frontlines.

Within six months the Ohio native earned her real estate license from the Mingle School of Real Estate and was named one of the first on-site agents for Providence Heights, the first Shea Homes community near the Arboretum in south Charlotte. From the onset, Tase flourished as an on-site agent, closing home after home.

That was more than 20 years ago. Today, Tase is excited to talk about her latest real estate venture, eXp Realty, an agent-owned, cloud-based brokerage that its agents affectionately call the “Amazon of real estate” because of its zero infrastructure model.

Tase joined eXp Realty just five months ago, attracted by its innovative business structure which focuses less on funding the brick and mortar of an agency, and more on supporting the people (i.e., agents) who are driving its success.

“For the first time in my career, everything is making sense,” explains Tase. “I feel as though I’ve been given a new hope. Real estate is fun again.”

That’s because for years Tase was “grinding it out” in real estate. She previously served as a CEO/team leader for Keller Williams SouthPark, overseeing approximately 300 agents. While she found great reward and success in the role, she stepped down in 2015 to sell more houses. She sold 48 homes as an individual agent in 2017. “You don’t have much of a life at that level,” says Tase. “It can easily wear on you.”

Recognizing she needed to make a life change, she decided to step away from Keller Williams and join the eXp Realty family – a switch that has allowed her to get back to basics and focus on the aspects of the industry that “fill her cup” – the people.

“This business is all about the people and creating relationships with clients,” explains Tase. “Nothing warms my heart more than hearing from someone who I may have helped find their forever home years ago. It proves I was able to fill a need for someone. If I can come from a place of contribution with each transaction, I increase the likelihood of securing a friend for life – someone who will serve as a strong referral for my business in the days and months ahead.”

Thanks to this approach, Tase has become what she likes to call “busy blessed.” On average she fields three to four leads a week – numbers very few agents receive on a daily basis. “I’m fortunate that I don’t have to spend thousands of dollars on leads or to promote myself,” explains Tase. “The majority of my business is generated by friends and past client referrals – which makes my job a little easier. I get to work with people who are already familiar with my name and my ability to get the job done.”

But earning that level of recognition and trust within the industry hasn’t come easy. Tase has paid her dues over the years, often serving as cheerleader, mediator, and therapist during countless transactions. “It’s not easy being an agent,” she explains. “Half of this job is keeping clients optimistic, encouraged, and in the game. The energy it takes to do this week in and week out is exhausting. That’s why I always say this business isn’t for everyone; it takes a special person who is committed to helping others achieve their real estate goals.”

Her uncanny ability to build and maintain a positive rapport with clients has helped catapult Tase to the top of her field. In 2017, her total volume topped out at $15 million, a number she’s proud of but doesn’t actively seek to surpass in 2018. Instead, Tase would rather shift into a lower gear – one that allows more time for family, friends, and the causes near and dear to her heart.

In her downtime, Tase can be found at her Oak Island beach house with her husband Al, a general contractor; at Elevation Church – Blakeney on the weekends where she volunteers on the organization’s welcome team; or mentoring an up-and-comer on the ins and outs of the industry.

She’s also passionate about raising awareness for pancreatic cancer research. She annually participates in the PurpleStride Walk, held each September in the Queen City. Tase added the event to her calendar after watching her good friend Amelia fight and win her battle against a stage 3B pancreatic cancer diagnosis in 2011.

“Seven and a half years later and she’s cancerfree!” exclaims Tase. “She’s one of the few pancreatic cancer patients in the country to overcome the odds, and I couldn’t be more proud of her as an advocate and friend.”

It’s this level of commitment to everything she believes in and supports – whether it’s a client or friend – that sets Tase apart from the competition. She’s a glass-half-full, positive energy soul who keeps her faith first and everything else second. Her approach to life is clearly working to her advantage, and as a result, it isn’t hard to understand why she’s this month’s Top Producer.