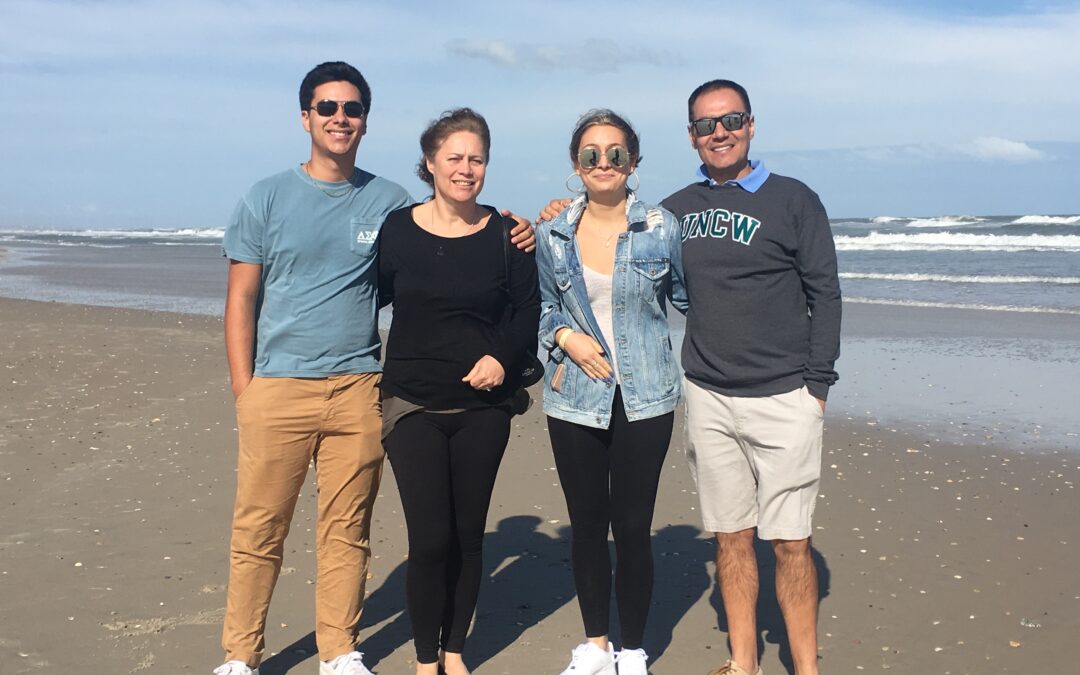 It’s impossible to talk about Juan Carlos Beltran without starting from the beginning. What is interesting: his methods and reputation are stories themselves. He was a former appraiser who never got appraising out of his blood…that makes him perhaps the most thorough REALTOR® around.

But, the way he got here?

It’s what Juan, a top producer with Wilkinson ERA, had when he came to America as a young dreamer. “I had a bag of old clothes, that’s it,” he says. “I didn’t even have the language.” Juan Carlos Beltran rose from a $5 job scraping paint off furniture to learning a craft as an appraiser to a revered leader with an exemplary 18-year career in real estate.

In 2006, a friend asked Juan, “Have you heard about Charlotte?” He flew in, checked it out. “I loved the area,” he says. Especially Union County. “There was something about it,” he says.

Juan fell in love with Alexandra, a Hungarian woman who studied in Bulgaria. They began a family in Bay Shore, and their two children were born in Islip, NY. “She’s my right hand, my left hand, my soul, my body, my everything,” Juan says of her eloquently. “She’s the reason I’m successful.”

Juan moved alone to work at first. Two purchases were hallmarks of realizing the American Dream. First, he needed wheels. His wife was coming to NY soon. He bought a 1991 Mitsubishi for $750—his first car ever. “We cried in happiness,” Juan, then 25, says. Next, he bought a color TV. Not a given for the low-income families from which they came.

Juan studied English as a second language and worked three jobs, the one in furniture, and as a busboy and cleaner. “As we were learning English,” he says, “our lives changed.”

Alexandra washed glasses in a bar, learned Spanish, and improved her English. “She became the manager of that bar,” Juan says with pride. Alexandra earned a master’s degree in Education from Stonybrook University.

Juan earned a job as a residential appraiser, learning about houses and acquiring a keen sense of value. He then worked for a lender, in modifications and short sales. Then the economy tanked. Juan left the bank for real estate, with licenses in New York, North Carolina, and South Carolina.

Inspector Rob Slade met Juan in 2015 and has done inspections for him ever since. “Juan gets involved with the inspection,” Rob says. “I’ve always appreciated that. We don’t always see every concern with a home in the short time we spend on an inspection.”

Hugh Kemp is a loan officer who met Juan at the Wilkinson ERA office. “He was professional but fun to be around as well,” Hugh says. “We get along fantastically, and joke around with each other too.”

Alexandra teaches ESL in Union County. Their daughter, Daphne, earned a degree from UNC Wilmington in Business Administration and Finances. Their son, Nicholas, is a sophomore at UNCW. Both children are fluent in three languages, and Nicholas wants to become a REALTOR®. “He will be the only person I share all my knowledge with,” Juan says.

Juan meets clients extensively before visiting homes to set expectations. “Bring binoculars to a showing,” he advises. “Look at the roof, the AC unit, and the yard, before you go inside. Don’t go blind if it’s beautifully staged. I’m here to help you make an informed decision,” he says.

“When you put a goal in your mind, no matter how many obstacles, you go into it with transparency, knowledge, and ethics,” Juan says. “Know and prove to people you’re doing the right thing. In all my years, no one has told me they made the wrong decision.”