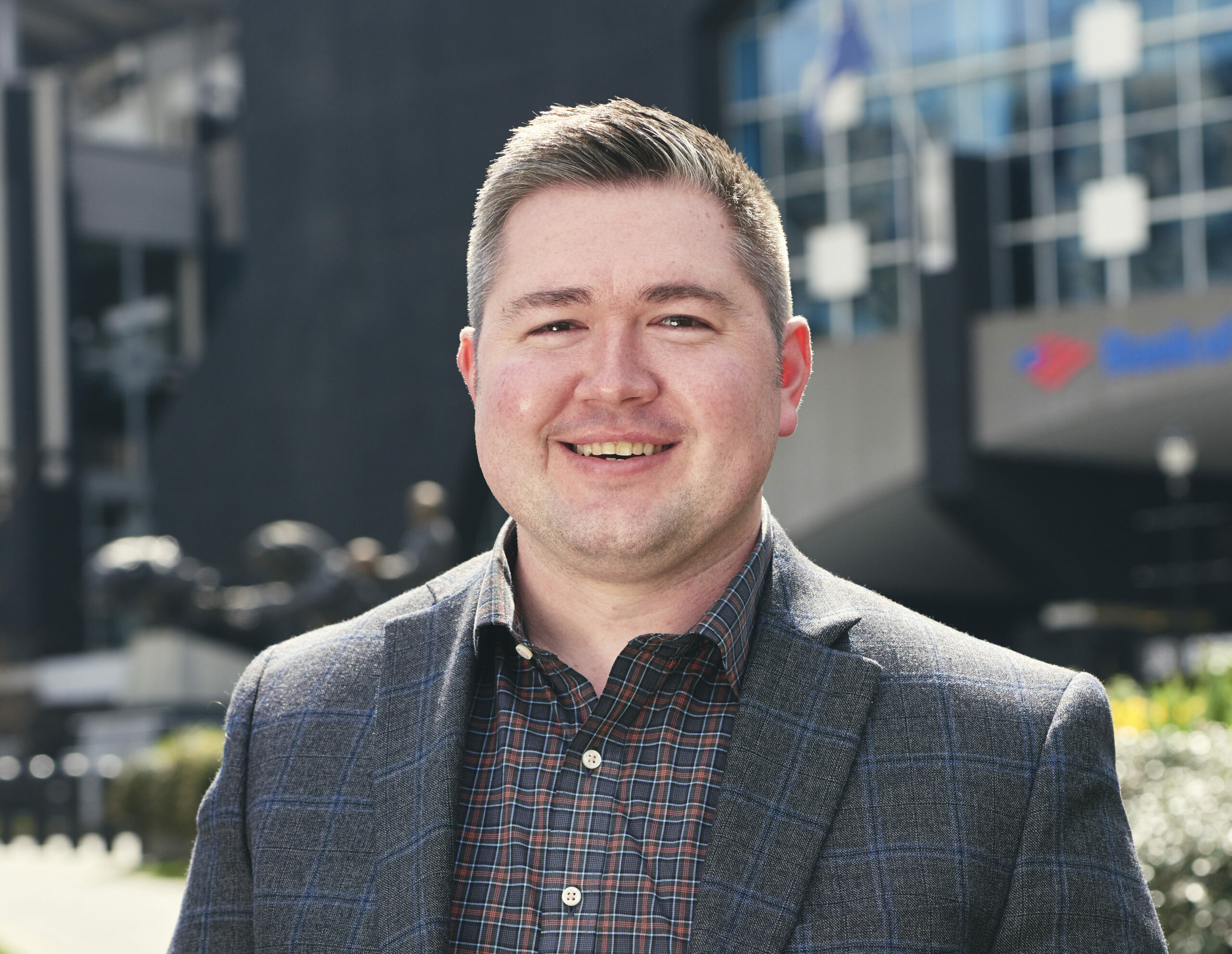 May Rising Star- Jeremy Howard
By Charlotte Top Producers |May 1, 2019

Not really. But if anyone could lay claim to it, it would be him. Jeremy is one of those rare Charlotte natives still living in Charlotte. By age 30, he has parlayed a unique familiarity
-and love– for the Queen City, and penchant for building relationships into a promising future in real estate.

“This isn’t a negative about anyone else in our business, but I want to be more than someone who opens a door,” Jeremy says. “I want to be a consultant for somebody. I’m passionate about putting people in the right situation.”

A go-getter from an early age – he started a lawn mowing service at age 12 – Jeremy has been in real estate for less than three years, and is currently with the agency Chantel Ray. So what gives him such a jump on this market – and such a demanding career?

So many attributes. Dominick DiSalvo is still friends with Jeremy. They met in chemistry class at South Meck High School. Even then, Dominick saw something in Jeremy that foretold a bright future with traits that set him apart.

“He’s got fortitude and a willingness to deal with adversity and come out on top, even when the odds aren’t in his favor,” Dominick says.

Jeremy’s father spurred the idea of the of the lawn service with one simple declaration: if you want a car on your 16th birthday, you’ll have to buy it yourself.

How’d that go? He bought a truck. And by age 20, he considered buying a house.

“That wouldn’t be good for a 20-year-old kid to do,” Jeremy says now. “You don’t know what the responsibilities are with home ownership. But I’ve always been interested in it, and have a passion for it.”

At first, though, forklifts got in the way of Jeremy’s bright future.

Jeremy’s bond with Charlotte runs deeper than a hometown he never left. He’s been a Carolina Panthers fanatic from the start, walking to the stadium from Stacy Kimrey’s office
near Southend. Rain or shine. “I’ll do anything for my team,” Jeremy states proudly.

Stacy Joye Kimrey, branch manager and senior loan officer with Homeside Financial, met Jeremy through her brother-inlaw, Zan. She’s known Jeremy for many years and was one of his first mortgage partners.

“People are drawn to him,” Stacy says. “He’s a give-back guy. He wants to share that with other newbies in the world. Obviously, he’s a rising star. He wanted to share his experiences, pitfalls, and success, with others. Even without a ton of experience, he’s a good coach, too.”

Jeremy learned discipline – and the lay of the land in Charlotte – early, from his grandfather. As a child he’d spend the night at his grandparents’ house in the summer, waking up at midnight to join his grandpa on his newspaper delivery route.

“My grandparents were influential, making me who I am today,” Jeremy says. “Luckily, growing up, I had several people along the way who could help me become a man.
That’s what I call it. How to show respect for people, do things the right way.”

Jeremy stuck around Charlotte after graduating from South Meck High, becoming the first in his family to graduate
with a four-year degree. At UNC Charlotte, of course. He studied business management there, and, more importantly, met his wife, Kathryn.

She’s the one who saw how miserable he was in that forklift job. She didn’t want to be married to a grumpy old man when she got older, she said.

“It took about 10 minutes of that conversation,” Jeremy remembers. “I signed up for Superior School of Real Estate soon after.”

Jeremy’s entrepreneurial spirit and charisma would have helped him make a career just about anywhere. Even in operations, where he rented out forklifts. It’s tough to find passion in that work, though. To render up the drive to talk about skids and on-time delivery.

“That’s not fun for me,” Jeremy says. “I’ve always been interested in real estate, ever since I was a kid.”

Dave Jennings has known Jeremy for 13 years. The two were co-workers who became good friends quickly – even though Dave i s 46, married with three children. Dave says Jeremy was a great listener with a knack for bringing a smile or encouragement when he needed it most.

“I immediately recognized his high character,” Dave says. “He has a strong work ethic and is just a pleasure to be around and work with. Simply put, I saw a great young man.”

Stacy tells stories of Jeremy mowing a client’s lawn because she couldn’t. Filling those gaps by helping people he knows has become Jeremy’s trademark. It’s the elbow grease to a connection he has a gift of building that proves his sincerity and service to his clients.

When you call on Jeremy for real estate needs, you get a financial advisor and a counselor. You get a handyman if you need it. You get a friend in any case.

“It all revolves around helping people but putting them in the right situations,” Jeremy says. “Not only are they healthy and can lead a healthy life in the house, but I also want to put them in a good financial situation too.”

Stacy appreciates that Jeremy explains so much of the home-buying process to help clients understand why certain things are needed. It’s especially helpful on the mortgage side.

“That’s why he’s been so successful,” Stacy says. “People trust him. When things take unexpected turns, he says, ‘hey this is just another day. We can get through this.’”

Jeremy’s grandmother used to say Jeremy had an old soul. Maybe that’s why his work is proving to be timeless, the connections he builds so genuine. Jeremy recognizes the magic in that, what can come with a simple connection.

He can forge that anywhere. At a favorite brewery of his and Kat’s, with their server. With some of the toughest cases in real estate, such as refugee clients. Jeremy has a way of putting people at ease and making friends, making sure everyone can help to get to the best scenario possible.

“I feed off other people,” Jeremy says. “I have a client right now who put it really well: I just want to put good vibes out there and be happy every day.

You’d be surprised what that does to someone else, when you have that energy and excitement in life.

“Good things happen to you.”

Jeremy has all the elements of an incredible career ahead. He and Kat have all they need here in Charlotte – a happy German Shepherd Lab Chow and a 16-year-old cat who considers herself Jeremy’s second wife. They have a team to root for, friends to make, people to help.

Can you blame him for staking claim to this town?

“I love this city,” Jeremy says. “I grew up here. Selfishly, I feel like it’s all mine. I know the ins and outs. This is my town. I take pride in it. I want to see what’s best for my city and the people who live here. I have a passion of serving people and doing the right thing.”