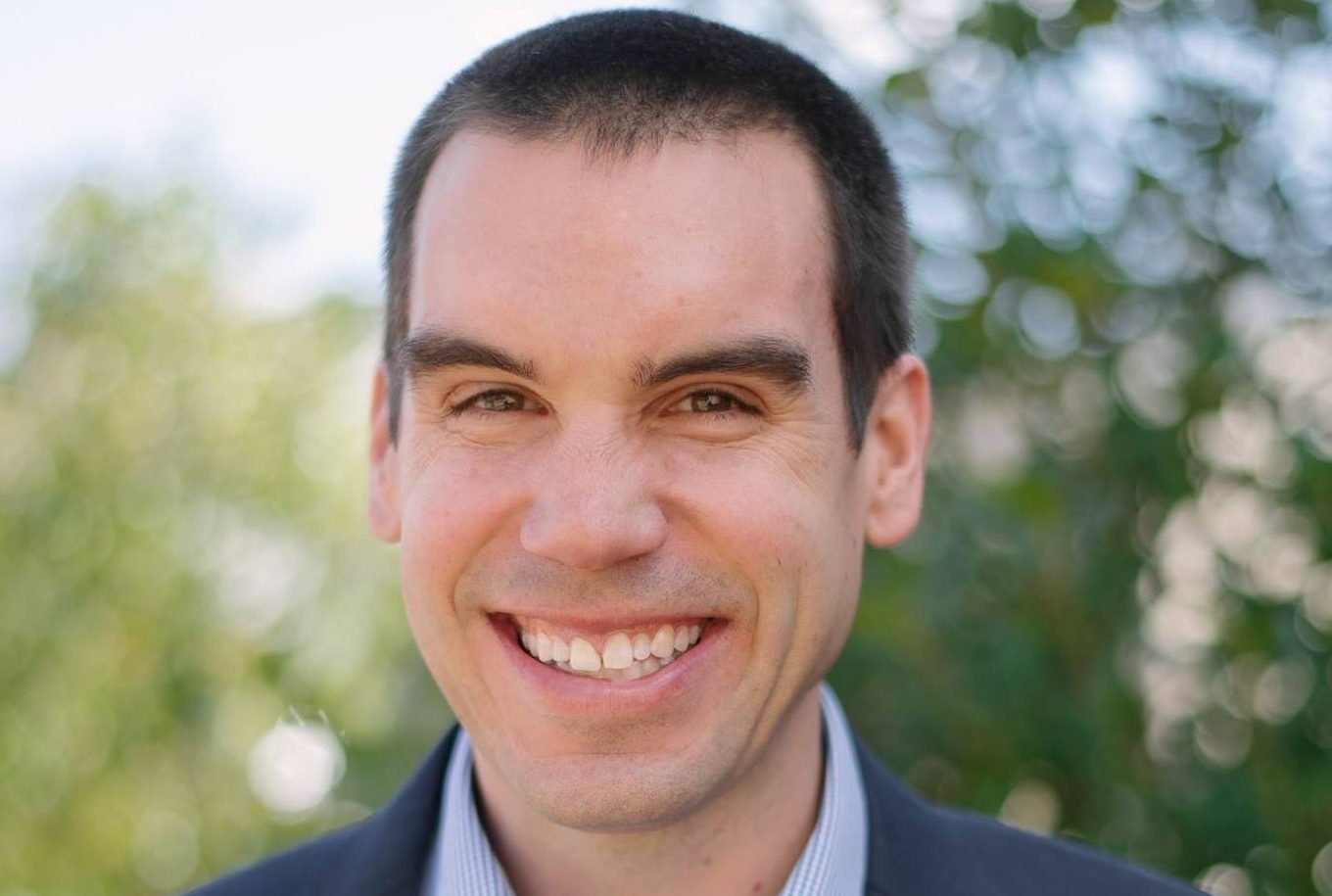 Check out our July Most Interesting Realtor David Scibor with The Scibor Group at Keller Williams Realty!
Written By: Eli J. Pacheco

Servant leadership might not win 100-yard dash races. But it’s perfect for creating the type of momentum and authenticity that could crush a marathon.

Or an Ironman triathlon.

That’s David Scibor’s sweet spot. Leading by example, bringing 15 years of hospitality knowledge into real estate. Serving his community, as a father, sponsor, and citizen. I mean, who sends out cards with heartfelt messages anymore?

David does. A lifetime fascination with travel led to a career in hospitality. The skills and experience he gained in Four Seasons and Ritz Carlton hotels from Boston to Maui led him seamlessly into the world of real estate – where his customer service shines.

“If I added value to relationships, to clients, to friends, people I encounter out in the community, whether it would lead to a real estate transaction or not, it would add value overall,” David says about his interactions with people.

David moved to Chicago from St. Louis early in life. His parents took David and his sister everywhere from Chicago Stadium for Blackhawks hockey games to enchanting vacation spots.

“My dad traveled for work, so every time he came home, he brought hotel shampoo,” says David, who went on to an International Degree in Hotel and Tour Management from Johnson & Wales in Providence. “That was the coolest thing.”

Kristen Whyly worked with David at the Four Seasons Resort Maui. “I found him to be honest and hardworking, reliable and humble,” he says.

“What impressed me was his willingness to continually learn. He took a lateral move to learn more about another position, instead of taking a promotion. He did it to better lead his team in the future. That’s leadership.”

David interacted with people everywhere and quickly noticed a simple but profound fact: that everyone has to eat and sleep. His journey included Boston, the U.S. Virgin Islands, Philadelphia and Hawaii (where he met his wife, Carissa).

David and Carissa met on Maui. It’s where he reached an incredible milestone: Competing in the Kona Ironman triathlon.

“I was a guy who arrived (on Maui) who couldn’t run, couldn’t swim, couldn’t cycle,” David says. “By the time I left, I had competed in one of the toughest single endurance races out there.”

Getting comfy on Maui isn’t difficult. You fill days off with scuba diving, paddle-boarding, even swimming with humpback whales and spinner dolphins! But David wanted the freedom to grow a business on his own.

“A real estate purchase often revolves around a life event unrelated to real estate,” David says. “Maybe a job promotion, an engagement, a new marriage. A first or additional child. To join people as they navigate life has been so rewarding.”

Every day, David sits down to write out two hand-written cards. It’s a small touch, but part of why David loves being a real estate agent. It allows him to embrace who he is and apply his life skills.

“It’s a great way to start the morning, in gratitude,” David says. “I appreciate the people and relationships in my life. As much as it’s a reward to me, it’s a great benefit to those who receive the cards. It’s rare now that we open the mail and there’s something there we actually want!”

If you’ve dealt with David at any time, it’s best to sift through your junk mail. There might be a nice note in there.

“There’s enough width for you to go your own way, as long as you’re doing the essential items required for business,” David says, about the paths you can take in the business. “Be creative in the stuff that’s supposed to be creative – otherwise follow the roads of those who’ve walked the road successfully ahead of you.”

David is open with his spirituality, also. Success, he says, is more than real estate. He wants to get to Heaven – and bring as many people as he can with him. He’s genuine in his day-today life, and aware of the intimate access he has to others’ lives. He understands and is grateful for the chance to enhance lives.

“You get detailed insight when you’re walking through a person’s house,” David says. “You’re opening closets and going through the personal items of their lives. You get an in depth look.”

David gets a good look at his own life, too. He and Carissa have two kids – Mary, 1, and John, 2 ½. Even with the flexibility a real estate life can provide, the Scibors actively have to make time for themselves. As any parent knows, all your energy gets poured into parenthood.

The solution? Two hours, twice a month, just the two of them. They’ve learned to balance preserving their marriage by showing their kids what they love in the world. David’s happy to have swum in the Atlantic and Pacific oceans with his kids already.

Speaking of the kids, John’s the older brother, with a big heart and love for trains. Mary’s the little sister, “a spitfire,” David says.

“We can tell already who’s going to be running that house,” David says. As with many agents you’ll meet, the life David built for himself and his family has plenty of hard work behind it. Some have what it takes to stick with it. Some don’t. Some plan and learn and fail and try again. Maybe the numbers trip them up, or it’s a matter of self-confidence.

“Work on yourself first, and the rest will come,” David says. “Treat it as a journey and focus on self-development. You’re going to be underpaid and overworked in the beginning. Yet, through that persistence, and with that consistency, there will be a crossover. It’s where the hard work accumulates over time.”

The turnaround comes gradually. The investment in yourself begins to pay off. David sites other factors, such as distractions. “You can spend your money on a lot of different things,” he says. “But if you walk the road those ahead of you have, you’re on the right path.”

For a guy who’s been around the world, David Scibor is in a good place. He’s reading books such as Millionaire Real Estate Agent, The One Thing, and Ninja Selling. There’s peace of mind when you’ve built your business on a rock, in time, and not on shifting sand.

“Commitment to healthy lifestyle choices has allowed me to enjoy great success in this business,” David says. “Sometimes we can work long or odd hours. Making sure you’re taking care of yourself from a fitness standpoint and a nutrition standpoint goes a long way.”

That means getting in a morning run, for David. Or making a commitment to a swimming group. “Just to be around that energy and accountability,” he says. It’s easy to skip a workout you’re doing alone. But what if your buddies are counting on you to show at the pool at 6 a.m.?

That accountability is paramount in real estate, too.

“Make sure you have someone helping you along the way,” David says. “The first three-plus years in the business, I had a personal coach. I saw that a majority of people fell out of this business because their production level wasn’t high enough.”

That’s where the accountability comes in. It’s the last part of David’s recipe for success. It’s all a balance of gumption and patience, authenticity and accountability. With a touch of hospitality, of course. That’s the personal touch.

“I’d like to be considered a servant leader,” David says. “I hold myself to a high standard, and I hold those around me to high standards, too. The underlying reason: I see the best in people for who they are and what they can be.”