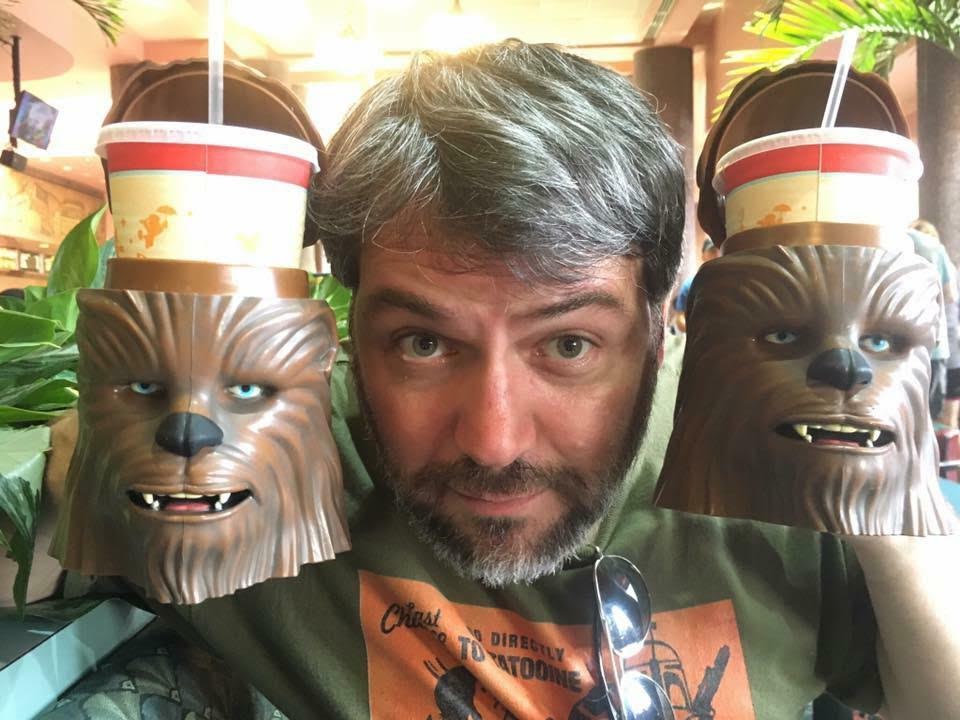 You might have seen Micheal in a local commercial or independent film. A self-made actor, he is also a realtor who got into the business looking for a job flexible enough to fit acting into his schedule. He never expected he’d fall in love with his work.

“Real estate is a little more lucrative than acting,” said Nester, who works for Dickens Mitchener. “I just really started to enjoy that I was helping people. When you see that first client tear up at closing, and you hand them the keys to their house, it tugs at your heartstrings a little bit.”

Tugging at heartstrings – and purse strings – was how Michael once made a living.

A product of the now defunct Charlotte Repertory Theater, Michael has had parts in films and TV series, such as Surface. He also worked on the set of The Patriot (2000) starring Mel Gibson. You might have seen him in local ads for banks and auto racing. “I got into real estate not only to free my schedule but also because I could make some money in it,” Michael said. “I didn’t realize I would love real estate as much as I loved acting.” And so began the transformation of a man going from stage directions to staging homes.

Michael Nester knows about rejection; it’s just part of the industries in which he’s worked. A mindset of keeping your head clear and your vision focused comes in handy in a world of auditions and call-backs, but also in a world with listings and offers. “You learn in acting that your job is to audition,” Michael said. “When you go to an audition, you have to leave your emotions at the door. You learn to show up and do what you’re there to do, which is to read a script, and move on.” A tough balance can be to keep those soft traits in a world that often tramples over them. “You have to have thick skin,” Michael concedes. “Sometimes it’s not personal, but it is business.”

Actor and voiceover talent Catherine Smith crossed paths with Michael in both realms of his professional careers. Catherine worked with Michael in a production of The Lion, The Witch and The Wardrobe. It was part of Imaginon’s grand opening Uptown. “Working with Michael in a show is a treat,” Catherine said. “He is funny, genial, playful and responsive – which is the best combination, in my opinion.”

Years after working together in theater, Catherine and Michael were reunited. Catherine wanted to sell her home in Waxhaw, and she knew just the realtor for the job. “I knew I wanted to work with Michael from the beginning, because of his success and because of his demeanor,” Catherine said. “That he was a friend made it easier because I already knew and trusted him, his skill, his expertise, and his knowledge base.” Catherine and Michael found success on the real estate market, too.

“No home is perfect, and as the owner, you’re invested in the history a home represents,” Catherine said. “Michael helped me understand that making the home a ‘blank slate’ on which a new owner could write their own history was paramount to our shared success. And he told me on a number of occasions, ‘I wish all my clients would trust my advice the way you do.’”

For clients and in his development, Michael has called on lessons learned in acting to give him an edge. “The first rule was to look at the character you’re playing and try to be empathic so that you understand that person,” Michael said. “Walk in their shoes. That made it easier for me when trying to figure out where a buyer or seller is coming from.” It’s from this approach where the most successful partnerships are born.

Empathy is one thing. Learning the ins and outs of a business with the complexity of real estate is a daunting challenge in itself. Then there’s the added dimension of home sellers and buyers in varying states of mind and stages of the process. “I wish I’d invested more time in psychology,” Michael said. “Often, you’re a counselor for your clients, because there’s a lot of rejection for them. If you come in looking for a certain price point and you’ve written an offer, and there are 10 other offers, you might win – but you might not.”

In 18 years on the job, Michael has seen fluctuations in the local market. He’s sought to learn from other realtors and has given his own expertise to those who ask for it. “You have a lot of things you can pull out and say, hey, that didn’t work, so maybe we try this. How can we stand out from the crowd?” Michael explains. “After having done this for several years, you try and do something different, or talk with other realtors and see what’s working for them.”

A huge learning curve appeared in Michael’s career during an era in which prices were at historic lows – and rentals piqued at all-time highs. That brought on a hedge fund group that turned Michael’s real estate world upside down. “I actually thought it was a scam at first when they showed up and said, ‘Hey, we want to buy 50 to 100 houses. Are you ready?’” Michael said.

All told, the hedge fund – the first of many to enter the market at the time – bought 68 houses. The goal: Quick fix-ups in time to take advantage of high rent in Charlotte. Michael lost sleep and weight and had to bring on extra help to share the burden of all that volume.

Michael and his team found themselves writing 10 offers in a single day. “Most realtors aren’t equipped to write 10 offers a
day,” Michael said. “You’re lucky if you have a client writing one a day. That’s probably the craziest thing I’ve seen as a realtor.”

Real estate, Michael insists, isn’t an act. Acting, though, gives him tools that help him in real estate: an eye for details, reading body language, feeling out the character of that buyer or seller. This year and last were his two biggest in the 18 he’s spent in real estate

Understanding and empathy go a long way when it comes to people trusting in a partnership for one of the biggest decisions of their lives. “They don’t want a salesperson, they want a consultant,” Michael said. “They want someone who cares not only for them, but also cares that when they go to sell their property, they’d be looking forward to hearing from them.” Indeed, Michael is the perfect character to be cast for the role.

You can reach Michael by phone 704-408-3468 or via
email at mnester@dickensmitchener.com.