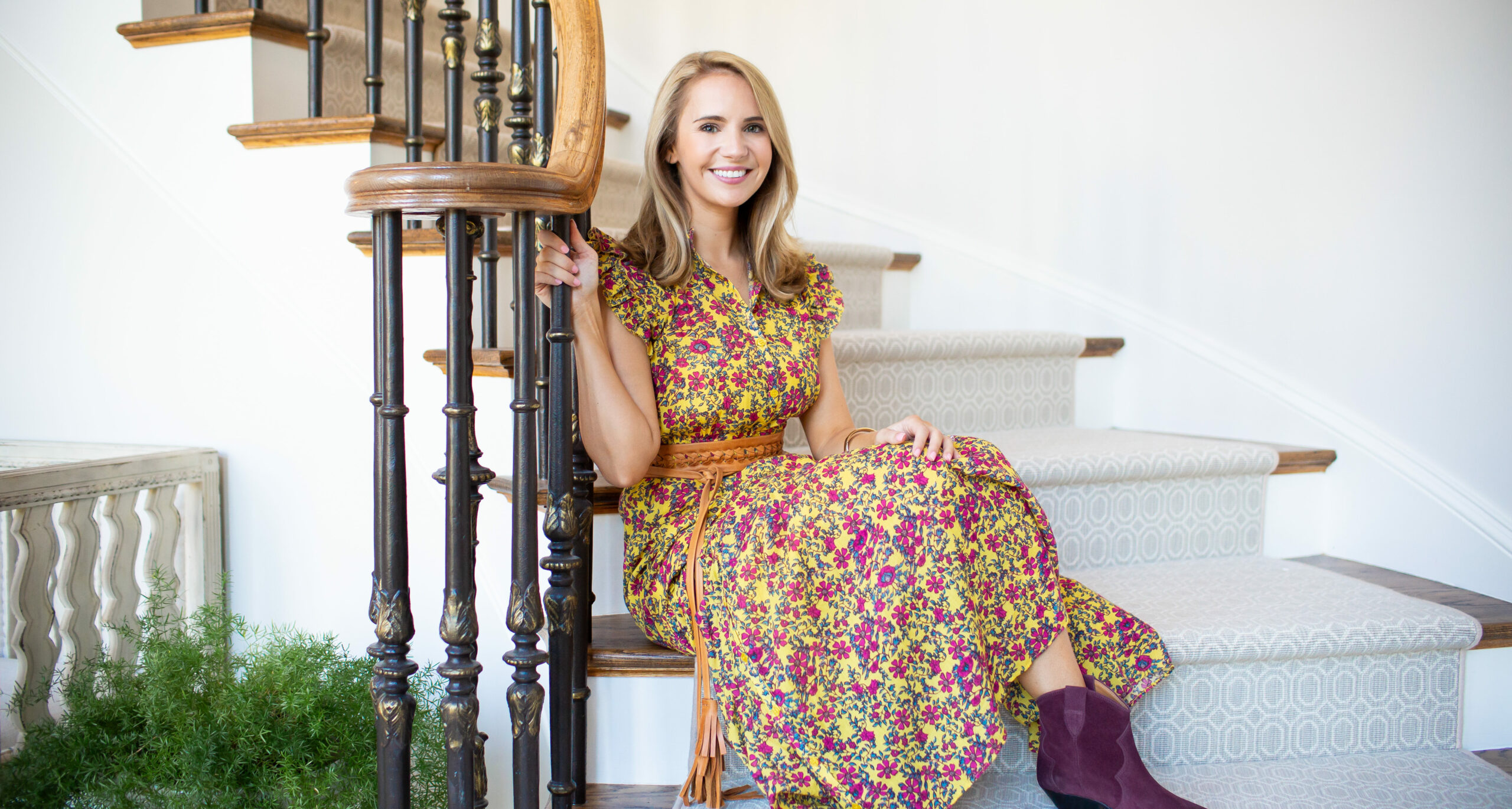 Anne Spencer with HM Properties lives and learns in Real Estate, collecting clients and friends along the way. Seasoned Knowledge with with a millennial touch! Meet her in the October issue of Charlotte Real producers!

Every time Anne Spencer mentioned starting a career in real estate, she got the same response: Don’t do it.

There’s no security in that, friends might say. You never know what’s going to happen, acquaintances would argue. I mean, isn’t that a hard industry to get into, anyway? That’s a hustle. You’ve got to put yourself out there, day after day, and…

“I finally had to make that jump,” Anne says.

Not even three years later, that leap of faith is paying off. Anne found a way for someone reserved yet driven to make it in this industry. Today, she sells homes with HM Properties – or rather, she helps people find houses.

“I know it’s a sales job, but I never wanted to be a salesperson,” Anne says. “I changed my thinking. I thought more about it as helping someone find the right home. I was assisting them rather than selling them something. That helps me.”

Now that she’s the same age as a 30-year fixed mortgage, she’s seeing equity pay off in her career, too.

Her peers have reached the home-buying age, and some of their parents began moving to Charlotte. They trickled into Anne’s path. A Charlotte native and Providence Day alumna, Anne started to connect home buyers and homes. An extensive social circle helped her gain traction as a real estate agent – not just someone trying to sell houses – and her roots offer the attractive knowledge base of someone who knows Charlotte.

At her previous job in sales operations, Anne’s reserved nature got put to the test. And an education followed; one that gave her the groundwork to selling real estate.

“It was about picking up the phone and asking for business,” Anne said of that prior role. “That played a part more than any formal education. Working at HM was an education, too. I got to work with so many people who’ve been doing this for so long, which means I got to learn from some of the best in the industry.”

HM Properties COO, Maren Brisson-Kuester, puts Anne in a class of her own. Her work is thorough, on time, and checked twice. And that’s not all.

“She’s smart, hard-working, and fun, which makes her a dream to supervise and work with,” Maren says. “She also always presents herself and her clients in the best light possible.”

Ryan Duane bought a house with Anne’s help. He says her energy and genuine interest impressed him and his wife, Anna. Coming from Chicago, Ryan didn’t know the subtle differences in Charlotte neighborhoods. He says Anne committed to getting to know his family and their lifestyle to make THE match.

“She introduced us to neighborhoods and homes that fit our criteria,” Ryan says.

It’s tough to buy a house in Charlotte from another city, though. Charlotte homes can go from listing to under contract in a flash. When a home emerged that checked all the Duanes’ boxes, Anne set up a video feed and walked them through.

“Her knowledge and attention to detail were impeccable,” Ryan says. “She would direct our attention to a unique feature of the home. Or let us know of areas that need improvement. That was invaluable to us, as most of those comments were not in listing photos.”

Millennial knowledge of social media and technology were lessons learned from more seasoned agents. With it, Anne can create a complete home-buying experience for her clients.

“They are getting a millennial with the wherewithal of someone older,” Maren says. “So I view Anne as the best of both worlds. They get a young social media influencer type, AND someone who doesn’t miss a thing – and actually picks up the phone to talk!”

Anne is passionate. She has a love affair with homes, with people, and with connecting people with homes. It’s no wonder clients become friends; they’ve been through the trenches of home buying, after all, which, if done correctly, is about establishing trust and fostering good communication.

“It’s trying to figure out what people say they need, and what they need,” Anne says. “You have to be there for them because buying a home is so stressful. It’s not always this HGTV fun experience. There’s a lot of emotion.”

At this stage, Anne spends much of her time building her business. She and her husband, Jack, love to travel. They spent Anne’s recent 30th birthday hitting the Amalfi Coast, Rome, and Tuscany. “There was a lot of wine and pasta,” Anne says.

Right now, there’s little time for much travel, though. Anne’s personal development continues as her business grows: up goes her independence, and her self-sufficiency soars. Working for a company owned by Valerie Mitchener is a plus.

“That’s one of the big things as a young woman when you’re an entrepreneur,” Anne says. “As much as I work for HM, it’s my business, too. That makes me feel empowered. It’s cool also to be working for a company that’s owned by a woman. It shows me the sky’s the limit.”

Anne’s growth takes root in connection and learning. Growing, still. Remember, Anne’s a bit more reserved than the average agent. But when you’re winning and growing, the more potential emerges in a budding career.

“The more you put yourself out there and try, the more people will want to support you,” Anne says. “I’ve had
success with people supporting me and referring people to help me along.”