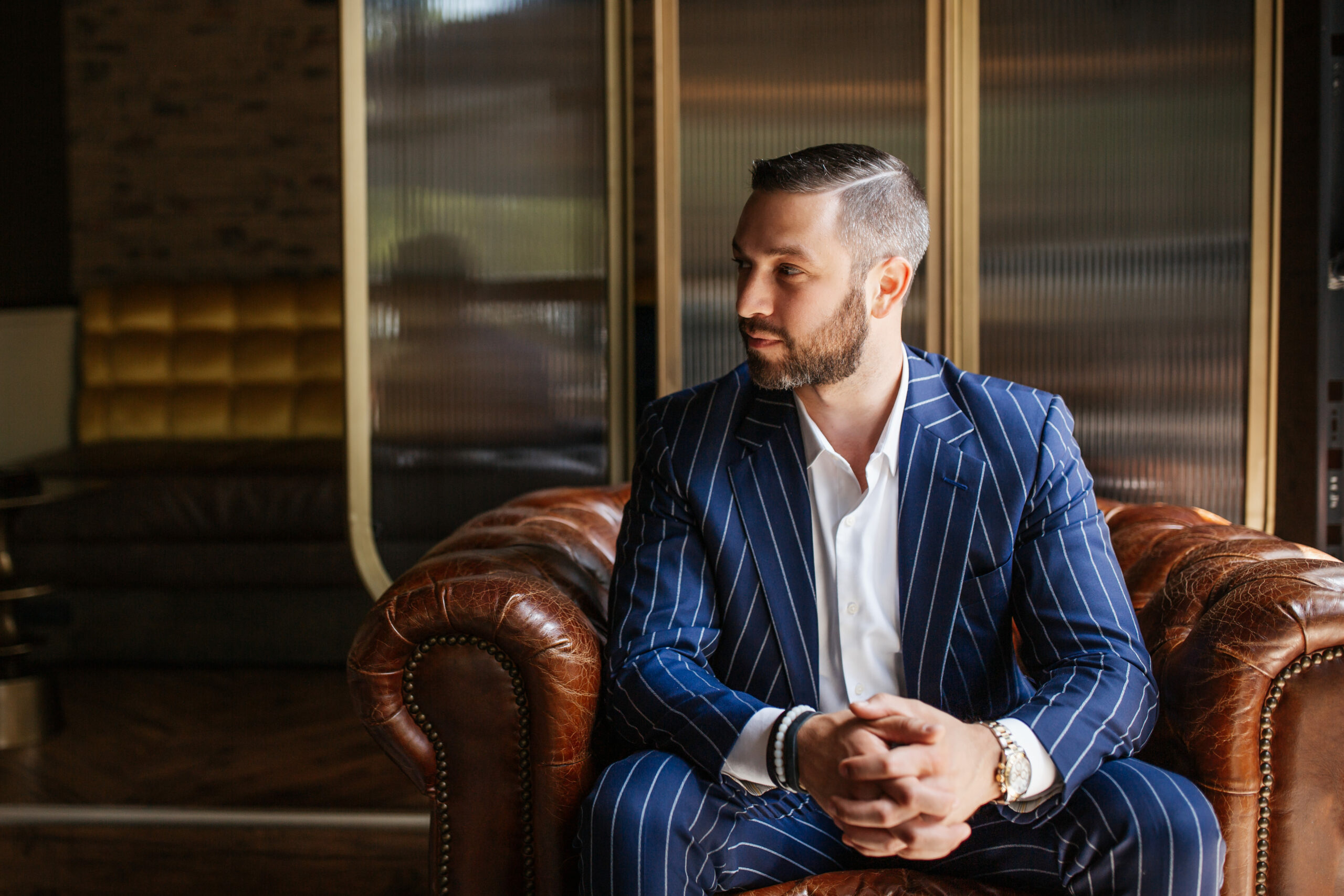 Andy Griesinger Emphasizes the Effectiveness of a Little TLC!

A little Tender, Love, and Care goes a long way. Just ask REALTOR®, Andy Griesinger! With $24-million already sold and under contract in 2021 and a social media following that’s exploding, Andy has quickly risen to the top of the Charlotte market. His recipe for success is slightly different from what you’d expect. Trustability, likability, and credibility are the main ingredients, with authenticity as the cherry on top.

“All I’m trying to do every day is help people,” Andy says. “I never come from a salesperson mindset. You need TLC to be successful, and if any one of the three components is missing, you won’t be able to win someone’s business. I want as many people as possible to see that I am Trustable, Likeable, and Credible by showing them my true self, both online and in-person.”

A Maryland native and Virginia Tech graduate, Andy moved to Charlotte in 2014 after spending a few years working for his fraternity, Alpha Epsilon Pi, in a position that had him constantly traveling the country. Commercial Real Estate Brokerage seemed like the perfect way for Andy to combine his finance degree with his love of real estate, so he obtained his license that same year. But after nine months of trying to sell multi-million-dollar properties and not closing on a single one, Andy went to work for a commercial financing company instead. “While there, I met great agents like Kevan Cohn,” Andy says. “He treated his business like a business and stayed in front of people all of the time.”

Following Kevan’s example, Andy jumped into residential brokerage in 2017. “I’d already failed once at brokerage, so there was no option other than to succeed,” he says. “I started on Team Lodestone at Keller Williams South Park and worked like someone else was working 24-hours a day to take my job.”

At first, Andy tried everything. “Every REALTOR® has a different strategy on lead generation, and I’ve tried many,” he says. “But I dug my heels into what worked for me and what I liked to do. For example, I couldn’t convert open house leads to save my life. After a year of doing multiple open houses every single weekend, I stopped doing them. I realized I sold more homes from social media and my sphere of influence, and my business was better off with me being in front of my friends than in an open house with strangers.”

Today, Andy networks every day of the week. “I’m talking about real estate all of the time because everyone likes talking about it,” he says. “It comes up naturally. And I want to be synonymous with real estate.”

Social media is boosting his reach. “I’m very intentional about Instagram,” Andy says. “After working on it all day, every day for four years, I went from 3,000 followers to more than 15,000. I also started a Youtube channel at the beginning of the COVID pandemic in 2020. I had to practice over and over again before I was comfortable making videos, but now my followers are at the point where they expect to see great content from me each week.”

Looking to boost his online program even more, Andy turned to one of the best REALTORS® in the business for advice – Ryan Serhant. “I met with Ryan and his team in NYC,” Andy says. “I wanted to learn how to make my social media presence better, but I soon realized they weren’t doing anything drastically different. My biggest takeaway was to stay consistent. There’s no special formula or social media secrets. It’s as simple as staying incredibly consistent.”

If you follow Andy online today, you are likely to see any number of things that pop up during his day, from touring a neighborhood to having dinner with friends. “It’s mainly about my lifestyle and my brand,” Andy says. “Ed Stulak, a friend and mentor, always says if you want to make sales from social media, stop selling. I like showing people who I am, and people are excited to watch what I’m doing. Together, it all boosts my TLC.”

It’s also earned Andy a lot of recognition. He’s #1 on Instagram for Charlotte REALTORS® and #7 in North Carolina on all social media for REALTORS®. Andy has been the Top Producing Individual Agent in his office for the last two years, and in 2020 he was #7 out of 9,000 Keller Williams agents in the Carolinas Region, covering all of North and South Carolina.

“It’s important to celebrate the wins in this business without taking your foot off the gas,” Andy says. “I bought myself a new pin-stripe suit for my first closing and a Rolex when I sold my first million-dollar house. It’s good to commemorate those moments and have little things that remind you of your past success and milestones that you’ve hit. Do something nice for yourself, but don’t lose focus.”

When Andy has time to relax, he likes to catch a Virginia Tech game or go golfing with friends. And yes, he’ll post about it! “It’s not a matter of work-life balance for me,” he says. “It’s about integrating the two. I became a REALTOR® because I wanted to do something that helps people. It’s a trait that comes from watching my mother touch so many lives as a special education teacher. She exuded TLC until she passed away from breast cancer when I was a Senior in high school. Living up to her memory fuels me every day.”